2018 was an intense year. It’s been my fourth year earning-to-give. Last year I was doing software engineering, this year I’m a partner at a hedge fund. It’s been a year of learning, stretching, and growth.

I don’t usually do new year’s resolutions, but my life has changed so dramatically in 2018, I think it’s worth making some public commitments. So here are some 2019 resolutions.

Be more mindful about my social media consumption

I’ve already curtailed most algorithmic feeds from my life—I no longer use the Facebook or Twitter newsfeeds and I’ve killed all social media notifications from my phone. This has been great for my psyche and focus, but I still spend a lot of time on Hacker News, Twitter notifications, Telegram chats, etc. (I’ll have to write up my thoughts on social media consumption at some point this year.)

In 2019, I’d like to be more mindful about how I use all social media. Specifically, I want my usage to be more asynchronous and intentional. I’ve recently installed the Nudge Chrome extension, which I’m committing to use in 2019 to try to avoid compulsive distractions. 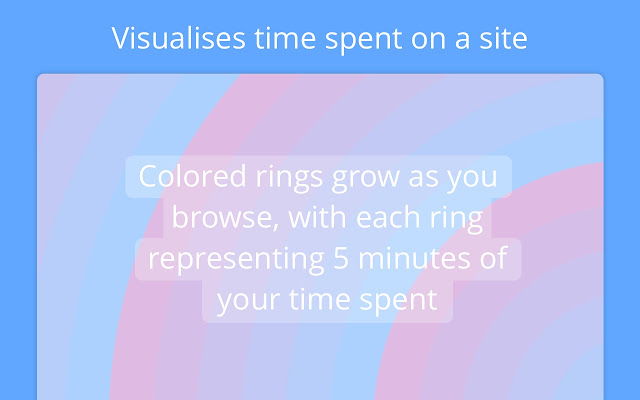 I strongly recommending trying out Nudge. I already notice it making me more thoughtful about how frequently I check Twitter notifications or crypto prices.

Be more mindful about building my online audience

I’ve been consistently surprised at the growth in the audience for my blog, Medium, and Twitter—I’ve roughly doubled my online reach this year. In my head, I’ve always had this arbitrary threshold that if someone had more than 10,000 Twitter followers, they were a big deal. Weirdly, I now have more than 10,000 Twitter followers, but I definitely don’t feel like a particularly big deal.

I can tell the feedback loop of online influence-building is addictive. There’s a big dopamine hit in seeing likes, retweets, or follows on a popular piece of content. But I want to be more mindful in how I build my audience, and not just build it for its own sake.

There are two reasons for this.

The first is because there are many people I know who have significantly larger platforms than my own, and it doesn’t afford them much that I don’t already have. I see how it weighs them down with the cycle of getting and sustaining attention, political pissing contests and public dramas. It mostly just drags down the quality of their lives. There’s not much there that I want. I just want to be helpful and to have impact in the world. I don’t need a huge audience to do that well.

The second reason is because the further you get into a field, the more you realize how real influence is not tethered to loudness and visibility. When you’re early on, it seems like everyone important is loud and visible. But the further in you go, the more you realize that being loud is, at the margin, mostly a distraction. The best and most important work usually doesn’t garner as much attention.

So while my audience will likely continue to grow in 2019, I want to be mindful about the kind of growth I’m attracting.

Since becoming an investor and getting more attention within the cryptocurrency world, I’ve become inundated with more social engagements than in anything I’ve previously done. I’ve acclimated somewhat, but I’m still making consistently large mistakes in how I spend my time.

I tend to be too reactive to my inbox—my calendar is dominated by the people who materialize in my inbox. Essentially I’m bin-packing my calendar with the people currently reaching out to me. This is definitely suboptimal. I should be thinking more broadly: who should I be spending time with who’s not currently reaching out to me? What are some relationships I should actively build? What knowledge am I missing that I should be intentionally pursuing?

Practically I think the first step toward doing this is to start making lists of people and topics I want to invest in. Then at the beginning of each week, plan out how I’m going to be proactive in pursuing them. It also means saying no to more people who show up in my inbox.

It’s been now my fourth year of earning-to-give, donating 33% of my pre-tax income. But this year will mark a significant change: after a lot of thought, I’ve decided not to publicly disclose the exact amounts I’m donating this year. I’ve gone back and forth on this, because I think it’s a genuine good to be public about the amounts I’m donating. I’ve written about this in the past on my blog. When working at a large corporation, divulging what I make is essentially just de-obfuscating what’s already public knowledge (via Glassdoor and other sources). I’ve taken a lot of inspiration here from Jeff and Julia Kaufman who are continually open about their income and donations. But at small companies and in smaller industries, being public about compensation can have more costly social and political consequences, and this is worth taking seriously.

I’ve discussed this at length with some friends, and have come to the conclusion that I probably shouldn’t overthink it: if I’m unsure, I should lean towards no. So for now at least, I’m going to continue to donate 33% of my pre-tax income and instead of listing amounts, I will list percentages of my overall donations. I may decide to change this in the future.

The Local Effective Altruism Network (LEAN) is a small group at Rethink Charity that focuses on seeding and supporting local EA groups. I feel that lately these kinds of efforts have been neglected within the effective altruism community in favor of direct work. I think this is unwise—I know for myself and many others within the EA community, we would not have found and maintained our focus on EA were it not for local groups early on.

It’s never wise to take your talent pipeline for granted. LEAN has a great approach of supporting local EA groups, and I trust they’ll do a lot to keep the ideas and norms behind effective altruism alive and healthy.

The remainder of my donations (80%) are going to the Long-Term Future Fund, which is an EA Fund managed by Matt Fallshaw, Oliver Habryka, Helen Toner, Matt Wage, Alex Zhu, Nick Beckstead, and Jonas Vollmer. They are a group of effective altruists and researchers who, in their own words, “support organizations that work on improving long-term outcomes for humanity. [They] make grants to organizations that seek, directly or indirectly, to reduce global catastrophic risks, especially but not exclusively those from advanced artificial intelligence.”

Given the quality of the fund management team, I have no doubt they will be better informed and make higher-quality funding decisions than I could personally. But this donation also reflects a longer-term pattern in my giving that began last year when I gave the majority of my donations to a donor-advised fund. Going forward, I want to be making fewer direct funding decisions and instead donating to managed funds. Good fund managers will almost certainly be making more careful funding decisions than I could on my own. The reality is, I’m now sufficiently busy and have not been keeping up with developments within EA charities, and it doesn’t make sense for me to reduplicate the research that these guys are already doing more thoroughly than I could.

At the end of the day, the thing I care about is impact. Given that I trust their judgment, donating to the Long-Term Future Fund seems like the best way to divert extra resources toward mitigating global catastrophic risks. There may be some funding opportunities that I’m abnormally well-positioned for, but I’m going to maintain a high bar for this. This is, to my mind, what earning-to-give is all about—leaning into one’s competitive advantage.

Overall, I expect 2019 to be another year of change and learning. I also have a bunch of fun blog posts planned. Here’s hoping I’m able to get through it all. 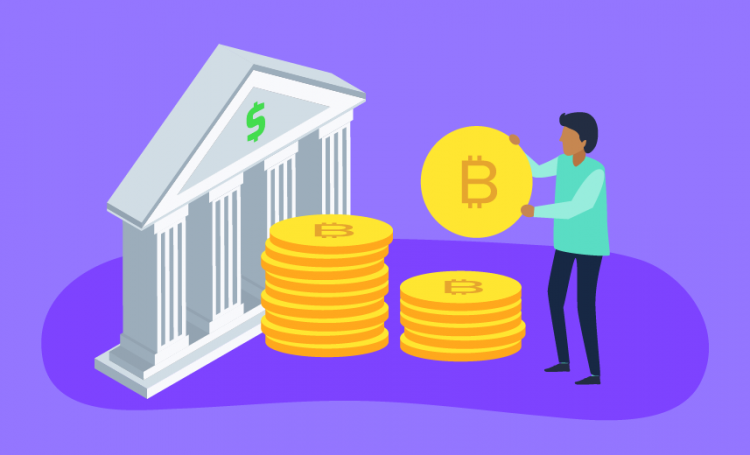 Most cryptocurrency pioneers would not call what they’re building “institutions.” The term reeks of centralization—it’s too unsexy. (Except when it’s “institutional capital”, then it’s welcomed with open arms.) In a recent debate between Paul Krugman and Katie Haun on cryptocurrencies, Krugman is asked why he rejects the decentralized vision behind cryptocurrencies. He responds: “We developed this socially ingenious thing: enduring institutions […] and it’s going to be really, really hard...
read more 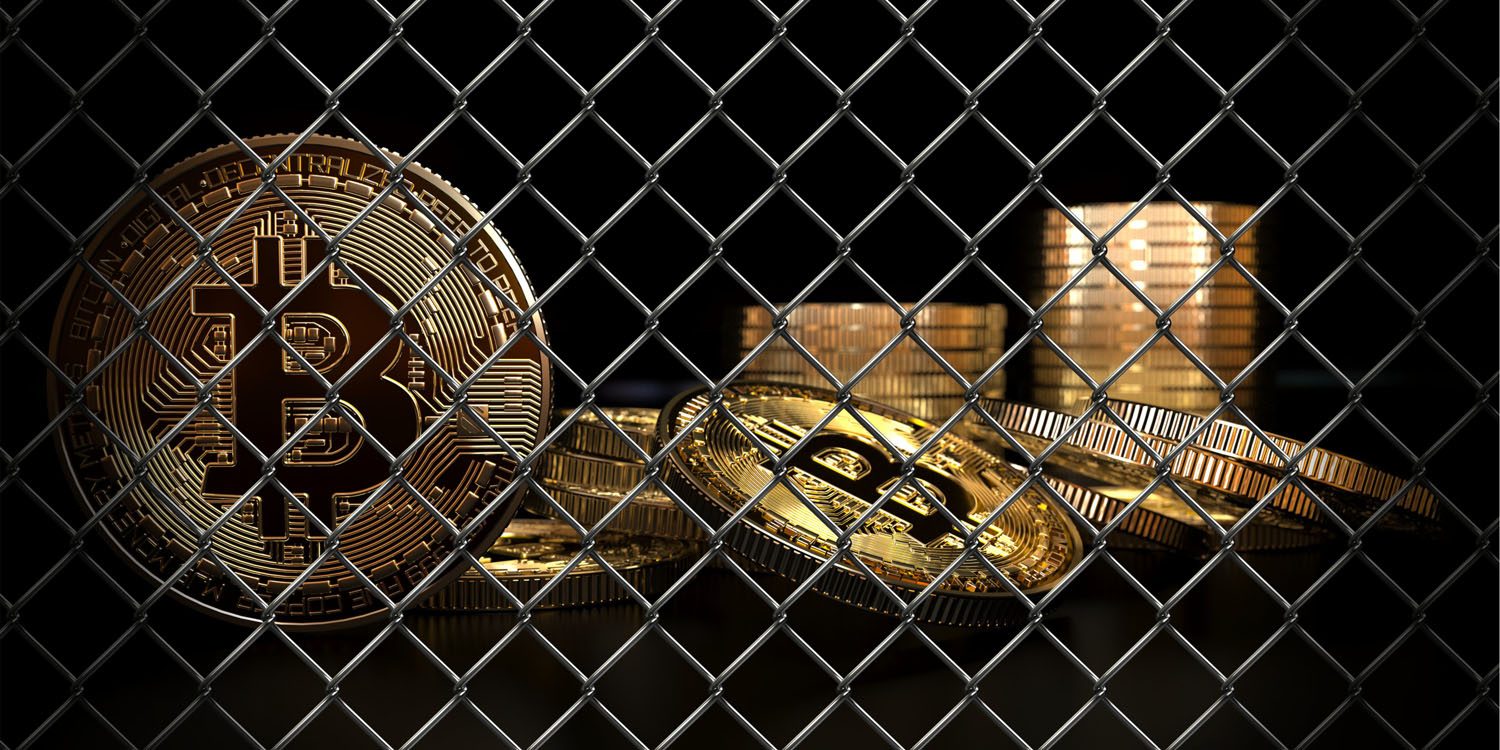 When I first heard of Bitcoin, it sounded like something out of a dystopian sci-fi novel. Digital, cryptographic, uncensorable money? It seemed such a radical idea, it couldn’t possibly belong in this decade. But if it did—if Bitcoin were to go mainstream—I was convinced it would lead to a massive geopolitical disruption, shifting the power relations between governments and their citizens. It would mean investing into Bitcoin would be like...
read more

blockchain
Sep 2018
prev
Popular
/DeFi in Eth2: Cities, suburbs, and farms /What explains the rise of AMMs? /Why Decentralization Isn't as Important as You Think /Flash Loans: Why Flash Attacks will be the New Normal /The Life and Death of Plasma /Launching the Introduction to Cryptocurrency /Another decade /How DeFi cannibalizes PoS security /Ethereum is now unforkable, thanks to DeFi /So you want to build a crypto startup? /Blockchain fees are broken. Here are 3 proposals to fix them. /Crypto is financial unbundling /3 Moments in History that Explain the ICO Bubble /Why Crypto Needs Institutions /Why isn't Bitcoin banned everywhere? /The Hard Thing About Learning Hard Things /Blockchains should not be democracies /Stablecoins: designing a price-stable cryptocurrency /The authoritative guide to blockchain development /Why Bitcoin is not trustless /We already know blockchain's killer apps /A hacker stole $31M of Ether—how it happened and what it means for Ethereum /The Time I Had to Crack My Own Reddit Password /How Not to Bomb Your Offer Negotiation /Ten Rules for Negotiating a Job Offer /How to Break Into the Tech Industry—a Guide to Job Hunting and Tech Interviews /Farewell, App Academy. Hello, Airbnb. (Part I) /Cracking the Coding Bootcamp - The Definitive Guide /Why I've Decided to Devote my Career to Earning-to-Give
Years
/2020 /2019 /2018 /2017 /2016 /2015 /2014 /2013 /2012 /2011
Main
/home /about /book /talks /course
Topics
/blockchain /effective altruism /personal /poker /programming /tech careers
Follow