Why I've Decided to Devote my Career to Earning-to-Give

It’s been almost four years now since I retired from professional poker. I haven’t played a single hand of poker since then. I’ve written a lot about poker, I’ve coached a lot of poker players, but the game itself is long behind me.

So what comes next?

Ever since I quit, that question has hung over me. What do I do with my life? As a poker player it was an easy question: just get better. For a poker player, that means either make more money, or beat stronger opponents. Both are tangible, irrefutable metrics.

I’m not a poker player anymore. But I’ve realized that no matter how things change, self-mastery is still my life’s goal. Perhaps that’s why I was so drawn to poker when I was.

As I’ve matured, the meaning of self-mastery changed for me too. To me, self-mastery means mental, physical, and spiritual excellence. It also means ethical excellence. So over the last few years, I’ve been working to cultivate virtue as best I can. I’ve been physically training myself through kickboxing, weightlifting, dieting and fasting. I’ve been mentally and spiritually training myself through minimalism, self-discipline, and meditation. I’ve volunteered as a dishwasher and done construction work, tutored refugees in English, and over the last year I’ve volunteered on a domestic violence hotline and been a hospital advocate for sexual assault victims.

I wasn’t a poker player because I enjoyed it. In the same way, I don’t do these things because I enjoy them either. I do them because I want to move me closer to the kind of person I want to be. It’s a struggle that I hope I never abandon.

So what about my career?

I’ve been kicking around that question for a long time. There’s a lot I could do, but what would be the most valuable? For a while I was exploring law school, organizational psychology, and most recently an MBA. But in the past couple months, I’ve stumbled upon the thing that I know I need to do. And it’s altered the course of my life.

I’ve decided to become a web developer so that I can earn-to-give.

It was a few years ago that I first came across the writings of a movement called Effective Altruism. At its simplest, Effective Altruism boils down to one big idea: be altruistic in a way that’s rigorous and based on evidence. Rather than simply following your gut or “doing what feels right,” EA demands that you think seriously about the best ways to improve the world, and to implement those solutions in a rigorous way, no matter how uncomfortable or demanding it might be.

Earning-to-give simply means pursuing a successful career so that you can donate the money you make to the most cost-effective charities. Where some think the best way to help the world is by directly adding their labor (i.e., entering the non-profit job market), someone who earns-to-give thinks they can help even more by earning money in the private sector and donating that money to charitable causes.

That’s what I’m going to do. I’m going to donate 33% of my income for as long as I possibly can. And once I have some savings, I’ll raise that number to 50%.

It sounds outlandish, I know. And on the rare occasion that I confess to someone my plan to do this, their next question is inevitably:

It’s funny. I was 19 when I first became a millionaire. I had more money than any adolescent ever should. And I had no idea what to do with it. All the insipid little contests poker players would get into on who made more, who was going to retire first, who had a bigger watch, car, house, they held no appeal to me. Money and luxury seemed empty.

In many ways, I’m happier having left it behind.

So why was I so drawn to poker, a game quintessentially about greed? I think it’s because I loved the challenge. I wanted to prove myself. I wanted to get better, and to know that I was good.

I still want that. I think self-challenge is a fundamental part of my soul. But I also want to help people as much as I can. And earning-to-give is a way for me to do all of that—to challenge myself, to develop my skills, while still living an authentic and ethical life. To help people, to change the world, while still mastering myself as a human being.

So that’s why I’m earning-to-give.

I decided all of this a long time ago, but it’s only recently that I’ve taken the first steps. I’m flying out to San Francisco this Wednesday, and I’ll be embarking on my new career path as a web developer. It’s a scary, frantic, and exciting time. And it feels like exactly what I should be doing.

So why web development? I’m going to explain that in my next blog post. For now I need to sleep. I have a lot of preparations I need to make and people I need to say goodbye to.

Edit1: someone asked me why I decided to write all this publicly. Two reasons: one, that I believe it's valuable to do this visibly, so that I can potentially influence others to become interested in Effective Altruism and earning-to-give. Second, to hold myself accountable. By publicly tying my hand, I make it harder to go back on this.

Edit2: a quote I read earlier today that struck me.

However many holy words you read, however many you speak, what good will they do you if you do not act on upon them? 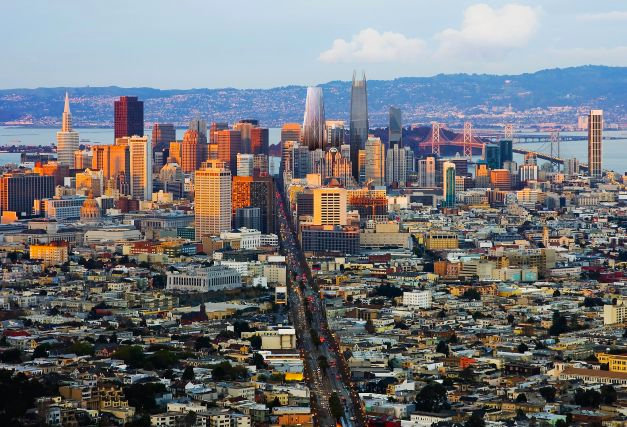 A new stage in my life began four days ago. I got out of a taxi on 7th and Market Street, with all of my belongings stuffed into a backpack and one suitcase. To my left, homeless men were peddling their wares and accosting passersby, and on my right, I could see the dizzying buildings packed with San Francisco’s most promising startups. I’ve never lived in a city like this...
read more

I sometime think my brain is completely ****ed up. I can’t focus on one thing at [a] time. <div class="source">babar86</div>   I haven’t read a book in years, I can only read articles. […] I’m distracted basically instantly and have no short term memory. <div class="source">jimmyvjv13</div>   I was told [by my doctor] that if I choose to play online poker as a full time career, I will likely die...
read more

poker
Aug 2014
prev
Popular
/DeFi in Eth2: Cities, suburbs, and farms /What explains the rise of AMMs? /Why Decentralization Isn't as Important as You Think /Flash Loans: Why Flash Attacks will be the New Normal /The Life and Death of Plasma /Launching the Introduction to Cryptocurrency /Another decade /How DeFi cannibalizes PoS security /Ethereum is now unforkable, thanks to DeFi /So you want to build a crypto startup? /Blockchain fees are broken. Here are 3 proposals to fix them. /Crypto is financial unbundling /3 Moments in History that Explain the ICO Bubble /Why Crypto Needs Institutions /Why isn't Bitcoin banned everywhere? /The Hard Thing About Learning Hard Things /Blockchains should not be democracies /Stablecoins: designing a price-stable cryptocurrency /The authoritative guide to blockchain development /Why Bitcoin is not trustless /We already know blockchain's killer apps /A hacker stole $31M of Ether—how it happened and what it means for Ethereum /The Time I Had to Crack My Own Reddit Password /How Not to Bomb Your Offer Negotiation /Ten Rules for Negotiating a Job Offer /How to Break Into the Tech Industry—a Guide to Job Hunting and Tech Interviews /Farewell, App Academy. Hello, Airbnb. (Part I) /Cracking the Coding Bootcamp - The Definitive Guide /Why I've Decided to Devote my Career to Earning-to-Give
Years
/2020 /2019 /2018 /2017 /2016 /2015 /2014 /2013 /2012 /2011
Main
/home /about /book /talks /course
Topics
/blockchain /effective altruism /personal /poker /programming /tech careers
Follow