The Crime and the Scaffold

The embryo of this post has been sitting on my desk for several weeks now. Originally, it was a frenzy of thoughts that I scribbled purely for myself, just to flush the words out. But after seeing it on my desk day after day, I finally decided to post it here. I apologize if this seems self-indulgent, but it seems to me the right thing to do.

Several weeks ago I drove to Kaufman, Texas to volunteer on a 3-day Vipassana meditation course. The courses are run purely by volunteers, so I decided that I would pitch in my time, to pay back a bit of my due for the 10-day sitting I did in Europe.

I spent most of the days washing dishes, cutting vegetables, and meditating for the few hours I had left in the day. It was tiring work. But on the second night, after retiring to my room, even though I was wasted from exhaustion, I couldn’t sleep.

I would toss and turn and occasionally slip into a dream, only to be jolted awake again an hour later. In my dreams, people kept dying, and it was always my fault, and I would awaken suddenly, tense with dread. I kept trying to force sleep, but my mind felt like it was getting heavier and heavier as the night dragged on, like a net filling with debris.

It occurred to me that I had been having similar dreams for a long time now—ever since coming back from Europe. Dreams where I would hurt people, and then wake up terrified. And for some reason, in the silence and isolation of those nights, those dreams had come bubbling up to the surface of my mind, and I couldn’t push them down.

I slipped on my jacket and let myself out to take a walk, hoping it would settle my mind. I tried to shake the thoughts that troubled me, but in the dimness, they only became more and more visible. Finally, I returned to my room in agitation, got out a pen and paper, and began to write. 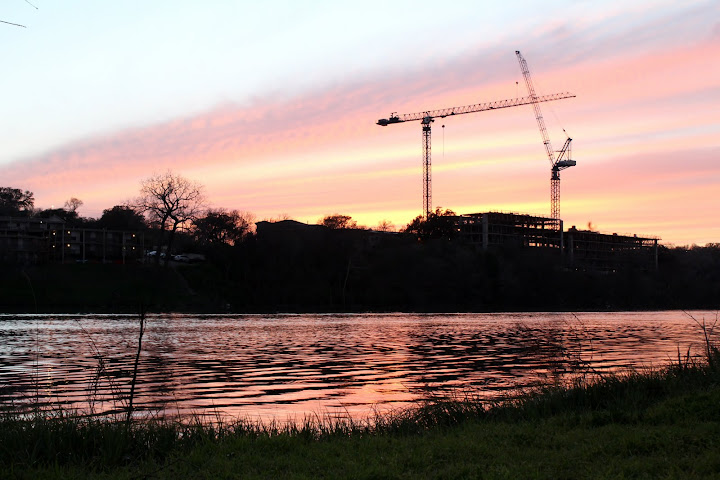 As I wrote, I realized how deeply ashamed I was. I wrote and wrote, and watching myself writing, I realized that I was still thinking about Jose. I was still carrying that shame with me. Even now, more than a year later after the scandal—a year later! So much has passed since then. I am almost a different person. I am living a different life. I am not even a poker player anymore, I thought to myself. So why is this sense of shame still lodged so deep inside me? It seemed in that moment like a splinter that, picking and scratching, I could never get out.

I thought to myself something that had never entered my mind before: don’t you realize, Haseeb, that in the real world, people go to prison for doing what you did?

The thought chilled me. It made me feel like it was a grievous mistake to be who I am, living out this life. It made me feel deeply alone. All this time, I had been trying to think of ways to ameliorate my sins, of ways to forgive myself. Telling myself that I had acted out of fear and stupidity, out of self-preservation and the desire to protect my friends. We are all full of our private sins, aren’t we? And yes, this one exploded with terrible consequences, but was that really the measure by which I should be judged? I know I am not a bad person, I would hear myself say. I was young. I am changing. I am bettering myself.

There, sitting in that bed in the near-dark, my legs crossed beneath me, it occurred to me that this is something that may follow me to the end of my life. That the decisions I made over those weeks are now public knowledge, things which just by knowing my name, anybody could find out. That when I am 25, 30, 40 years old, the events of those weeks will never go away. This is something that I will have to answer to forever.

And why shouldn’t people ask me? Why shouldn’t I have to confront, again and again, the mistakes I made? 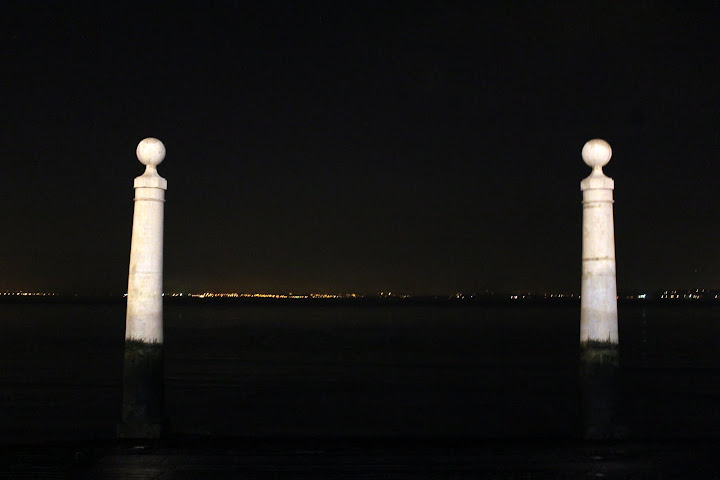 After I returned home from Kaufman, I made a list of people who I felt I had wronged during the events of the Girah scandal. I wrote to each of them, to let them know that I was deeply sorry, and that I was ashamed for what I had done. I asked not for forgiveness, but that they know my regret for having acted as I did.

But there was one thing that at the time I never acknowledged. And that was the poker community. It had always seemed like such an abstract and nebulous thing, “the poker community.” In the end, who had I really hurt? Out of everyone involved, I was the only one who hadn’t actually directly cheated anyone. Who could anyone point to as having sustained injury?

The poker community felt like a far away, amorphous thing. Besides, I was never somebody who felt like he belonged to the poker world. I was not a typical poker player. Even when I was playing poker, I always felt like I was hovering somewhere along the periphery of the culture, neither inside nor out, skirting the edge between citizen and observer.

But recently, a student of mine told me something surprising after a mental coaching session. He told me that in the wake of Black Friday, the poker world has gotten much worse. Scams, thefts, angleshoots on bets, stolen stakes—all sorts of cheating have skyrocketed. New scandals seem to arise every week. It’s as though everyone is getting desperate, he said. The age of abundance in poker is over, and the culture of honor is giving way to a culture of greed.

These things all make sense—as money supply shrinks, markets move toward efficiency, incentives of altruism shrivel—these are all things that most people intuitively understand. In fact, it is something that many poker players were forecasting even when I was still playing. In that sense, it is no surprise that this is happening. Perhaps we are entering a dark age of online poker—an age approaching market efficiency, and the breakdown of a once noble culture of gambling. Perhaps this is all simply inevitable, in a march-of-history sort of way.

But I can’t help but think that the whole Girah scandal, as sensational as it was and as widely as it was covered, may have contributed. That my lies, which I have always wanted to see as small, self-interested deeds, may have in fact accelerated the dissolution of the poker culture I once admired, even if in a small way.

I had never taken it seriously before. It always seemed too theoretical, too political of an accusation—that I had wronged the poker world. But now, seeing all this, feeling all this, I can’t help but feel that in fact I did. That in the end, I spit on the world that fostered me. As much as I have loathed the poker world, both when I was within it and without, the truth is that I owe it a big part of my life. The truth is that I could not have become the person I am without its community. And so it seems to me that it I have to answer for that too. No doubt, it is a case of too-little-too-late. But nevertheless I had to make it known that I am deeply sorry for the harm that I caused to the poker world, however large or little it may have been.

I can only hope that in time, with the rejuvenation of the poker economy, the poker culture can regain some of its former health. Good things are on the horizon, and the tides may even be turning now. It doesn’t pay to be pessimistic. And though the poker world and I have never been on the best of terms, I have to say, when it was at its best, it was a goddamn beautiful thing. 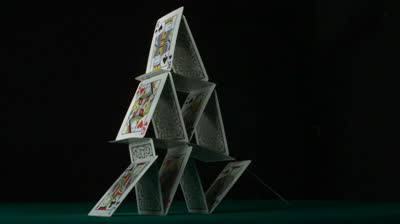 I don’t tell people these days that I used to be a professional poker player. It seems like a weighty and cumbersome admission, one that always leads to the same tired conversation. The last time I played a hand of poker was well over a year ago. That life feels like an episode long behind me—an identity I’ve left behind. And yet sometimes, in my dreams, I find myself playing...
read more

personal, poker
Dec 2012
next
The Philosophy of Poker, Chapter 6: Emotion, Creativity, and Fear

Greetings citizens of the world, It’s become something of a routine that whenever I post a new blog post, I apologize for not rolling them out often enough. This time, I’ll save you the jig. You’ll notice I have a new site! Basically, the formatting on Blogspot really sucks and the interface is pretty clunky, so I decided to migrate my blog over to WordPress instead. Right now it’s a...
read more

poker
Sep 2012
prev
Popular
/DeFi in Eth2: Cities, suburbs, and farms /What explains the rise of AMMs? /Why Decentralization Isn't as Important as You Think /Flash Loans: Why Flash Attacks will be the New Normal /The Life and Death of Plasma /Launching the Introduction to Cryptocurrency /Another decade /How DeFi cannibalizes PoS security /Ethereum is now unforkable, thanks to DeFi /So you want to build a crypto startup? /Blockchain fees are broken. Here are 3 proposals to fix them. /Crypto is financial unbundling /3 Moments in History that Explain the ICO Bubble /Why Crypto Needs Institutions /Why isn't Bitcoin banned everywhere? /The Hard Thing About Learning Hard Things /Blockchains should not be democracies /Stablecoins: designing a price-stable cryptocurrency /The authoritative guide to blockchain development /Why Bitcoin is not trustless /We already know blockchain's killer apps /A hacker stole $31M of Ether—how it happened and what it means for Ethereum /The Time I Had to Crack My Own Reddit Password /How Not to Bomb Your Offer Negotiation /Ten Rules for Negotiating a Job Offer /How to Break Into the Tech Industry—a Guide to Job Hunting and Tech Interviews /Farewell, App Academy. Hello, Airbnb. (Part I) /Cracking the Coding Bootcamp - The Definitive Guide /Why I've Decided to Devote my Career to Earning-to-Give
Years
/2020 /2019 /2018 /2017 /2016 /2015 /2014 /2013 /2012 /2011
Main
/home /about /book /talks /course
Topics
/blockchain /effective altruism /personal /poker /programming /tech careers
Follow