The Dog of Athens

Diogenes of Sinope was the father of Cynicism, an ancient school of ascetic philosophy. It’s easy to talk abstractly though. I like to imagine him: tattered clothes, tangled beard, a scraggly old man. In Athens, Diogenes was known unaffectionately as “the Dog.” He lived in a discarded wine tub, which he kept out in the marketplace. He possessed nothing more than his staff and cloak. He once had a wooden bowl, but upon seeing a child drink out of his hands, he discarded the bowl as an un-necessity. He was infamous for his disregard of social custom—he would masturbate in public, he would spit on rich men. He would even eat his meals in the Athenian marketplace (which was apparently a faux pas of egregious proportions). And yet, he was a man of wide and considerable repute. Of his legendary meeting with Alexander the Great in Corinth, Plutarch wrote:

Thereupon many statesmen and philosophers came to Alexander with their congratulations, and he expected that Diogenes of Sinope also, who was tarrying in Corinth, would do likewise. But since that philosopher took not the slightest notice of Alexander, and continued to enjoy his leisure in the suburb Craneion, Alexander went in person to see him; and he found him lying in the sun. Diogenes raised himself up a little when he saw so many people coming towards him, and fixed his eyes upon Alexander. And when that monarch addressed him with greetings, and asked if he wanted anything, “Yes,” said Diogenes, “stand a little out of my sun.” It is said that Alexander was so struck by this, and admired so much the haughtiness and grandeur of the man who had nothing but scorn for him, that he said to his followers, who were laughing and jesting about the philosopher as they went away, “But truly, if I were not Alexander, I would be Diogenes.”

For my own part, I’ve always admired Diogenes and the Cynics. Not that I imagine I’m following their philosophy. Their extreme asceticism demands far more balls than are in my possession. But I suppose it pleases me to know that men once lived who could reject the standards of society, and had the courage to live by it.

It’s been over four months now since giving away my money and starting over. The first thing I’ve realized is that even $10,000 affords me more freedom than most people have. I’ve been living cheaply, continuing to save and nurturing a small nest egg underneath me (in case I run into anything catastrophic, hopefully it will inure me from going into debt). And yet, there is little I feel I don’t have.

I’ve been eating at the same cheap cafeteria almost every day for lunch, cutting most of my other eating-out expenses. I usually only eat two big meals a day now, which saves on money (and time). I’ve been cooking lots of omelets for dinner. My mother’s been teaching me how to make other meals, but they’re works in progress.

How else has my life changed? When I wanted to write, I used to go to the UT Law Library. I’d often take naps on their couches. But that requires paying for city parking—up to $5 a day. So I’ve started going to the public library instead; I take my naps at home. Really, now that I think about it, the changes in my life haven’t been dramatic. I suppose I’ve been paring down my life in simplicity ever since I came home from Europe. I eat out less often, and I spend less money on stuff I don’t need. But most of the changes have been mental ons.

Admittedly, there are some expenses on which I won’t skimp—an exercise regimen, eating healthy food, stuff like that. The things I need to remain centered. But beyond that, not a lot strikes me as that important.

Even when I was a poker player, I always had a fondness for living simply. Every time I’d pack up my belongings, seeing them pared down to a couple bags in the back of my car—it was a good feeling. A kind of relief, really. It was a reminder that my life was small and unimportant—that it was supposed to be. When I’d drive cross-country (others would usually fly), I’d never get motels at night, instead I’d sleep in my car along the highway. I invested most of my money. I never bought much into extravagance. Even if I wanted to, I suspect I wouldn’t know what to do with the money. Excess is just a silly thing to me. Even money, at times, feels like numbers on a far away field.

Now, writing a memoir and mind coaching, eating healthy and working out a lot, volunteering and spending time with friends, I’m enjoying the process of my life. I don’t know if I’ll ever become rich again. If I do though, things will probably be different. I imagine I’ll probably be more measured in how I spend and invest it. I’ll appreciate it a lot more, I imagine. But I think, most of all, I’ll be better at putting it to good use—not just for myself, but for others. 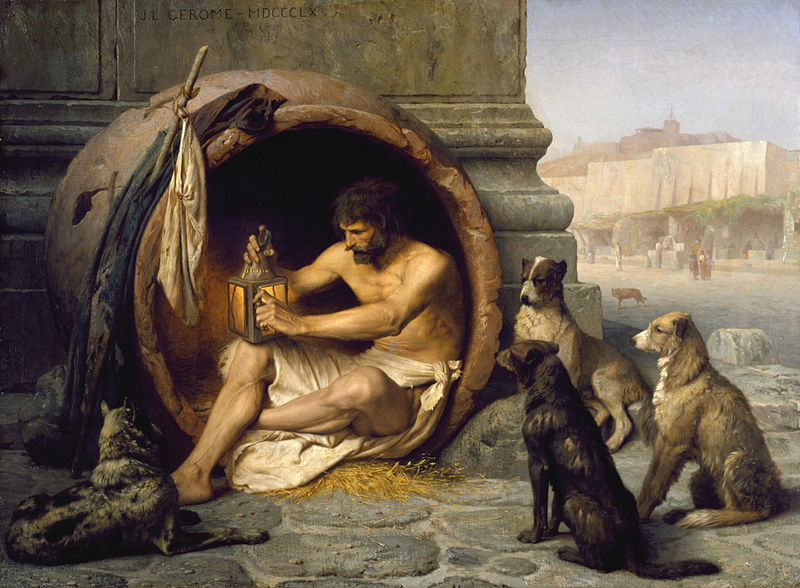 It’s said that Diogenes died by holding his breath—at the time, considered a noble, philosophical death.

He is now no more, the Sinopean, The staff-bearer with the doubled cloak who lived in the open air, But has gone off because he pressed his lips and teeth together And held his breath; for he was Diogenes in very truth, A son of Zeus and hound of heaven.

That I might be a canine half as fine—cheers, you old dog. 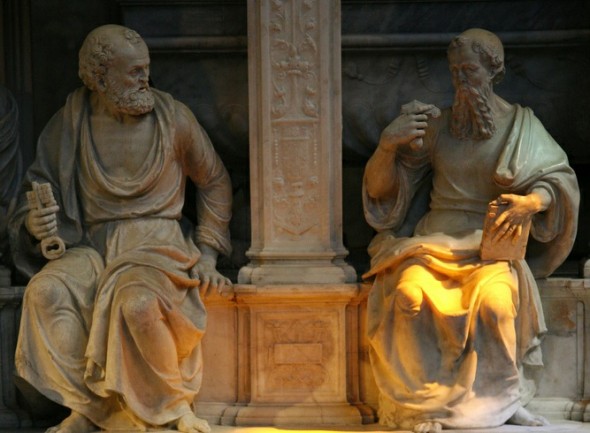 Hey guys, For the next two days, I’m going to be accepting applications for public coaching sessions. If you’re interested, here’s how it works: [Note: the window for this has now passed. I’ll be posting a follow-up very soon!] [video] Write in an application (subject: Application), and just tell me a little bit about what games you’re playing and what you suspect your mental weaknesses are. I’ll accept (probably) three...
read more

poker
May 2014
next
Words from the Future 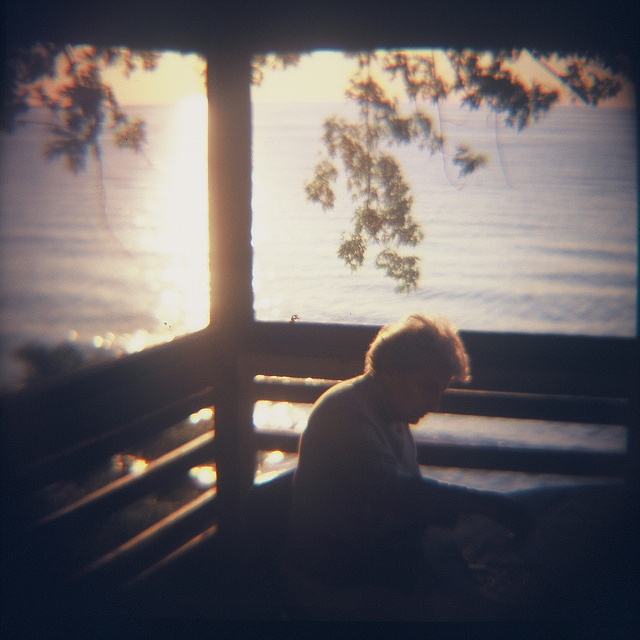 I am sitting on a porch, and next to me is an old man—grayed hair, sun-beaten skin—rocking back and forth in his chair. That man is me. That is, he’s the old man I will one day be. He is looking off in the distance, smiling. Why is he smiling? Because he’s lived a full life. I can’t even imagine how much more he knows than I do. All of...
read more

personal
Apr 2014
prev
Popular
/DeFi in Eth2: Cities, suburbs, and farms /What explains the rise of AMMs? /Why Decentralization Isn't as Important as You Think /Flash Loans: Why Flash Attacks will be the New Normal /The Life and Death of Plasma /Launching the Introduction to Cryptocurrency /Another decade /How DeFi cannibalizes PoS security /Ethereum is now unforkable, thanks to DeFi /So you want to build a crypto startup? /Blockchain fees are broken. Here are 3 proposals to fix them. /Crypto is financial unbundling /3 Moments in History that Explain the ICO Bubble /Why Crypto Needs Institutions /Why isn't Bitcoin banned everywhere? /The Hard Thing About Learning Hard Things /Blockchains should not be democracies /Stablecoins: designing a price-stable cryptocurrency /The authoritative guide to blockchain development /Why Bitcoin is not trustless /We already know blockchain's killer apps /A hacker stole $31M of Ether—how it happened and what it means for Ethereum /The Time I Had to Crack My Own Reddit Password /How Not to Bomb Your Offer Negotiation /Ten Rules for Negotiating a Job Offer /How to Break Into the Tech Industry—a Guide to Job Hunting and Tech Interviews /Farewell, App Academy. Hello, Airbnb. (Part I) /Cracking the Coding Bootcamp - The Definitive Guide /Why I've Decided to Devote my Career to Earning-to-Give
Years
/2020 /2019 /2018 /2017 /2016 /2015 /2014 /2013 /2012 /2011
Main
/home /about /book /talks /course
Topics
/blockchain /effective altruism /personal /poker /programming /tech careers
Follow