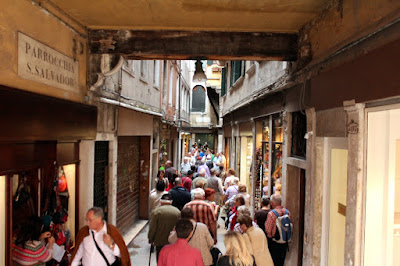 In the day, Venice is overcrowded with tourists. At any given time, more than 60% of the people in Venice are tourists, and almost all of the rest of the population work in the tourism industry. No matter where you go, the streets are flooded with tourists, windowshopping for refrigerator magnets and coffee mugs as trophies of their travels, eating at overpriced and under-portioned Italian restaurants. I want to say that they are trespassing, but the reality is that there is nothing really to trespass on. One could say that Venice doesn’t belong to anyone anymore; it has no life of its own. It exists only as an image, and everybody who lives in Venice works on the upkeep of this image. Well, the truth is, as much as I want to say that Venice doesn’t belong to anyone, it’s probably truer to say that Venice now belongs to the tourists. It breathes only for them, and so they are right to treat it as they do. 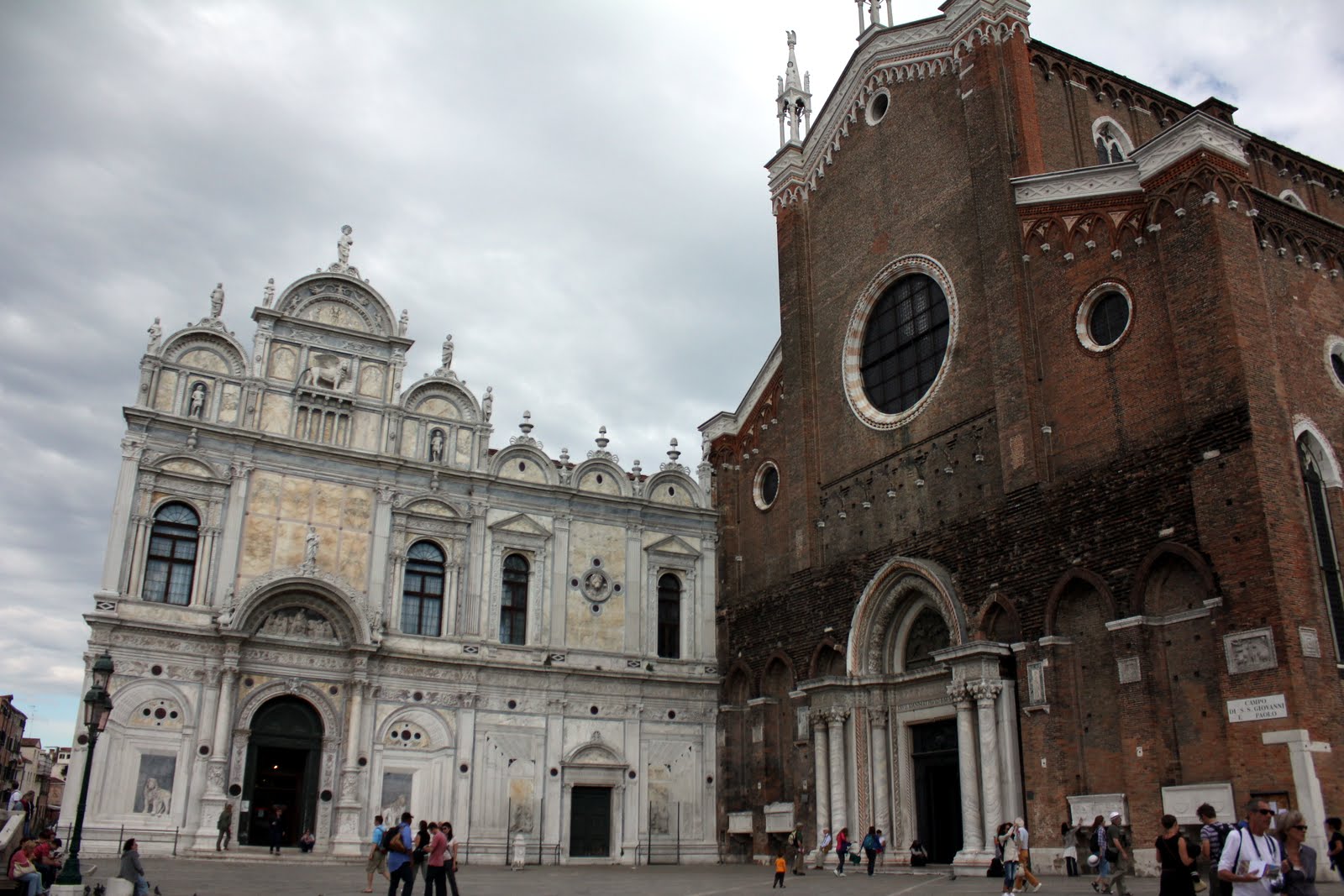 But the strangest experience is to wander Venice at night. Because Venice is powered purely by tourism, by about 10PM everything shuts down as the old people start retiring to their ripoff hotels. By midnight, even the most famous and enchanting streets are completely empty. For a moment then, Venice becomes yours. How strange. At the strike of midnight, to inherit an entire city. It is eerie and beautiful to imagine all of the midnight strolls through the history of this city must’ve looked just like this. Not a soul in sight. The duces, the priests, the kings and the slaves all saw the same Venice if they ventured out into the night. To me, it is at night then when Venice comes alive. When I can see clearest through the eyes of history. 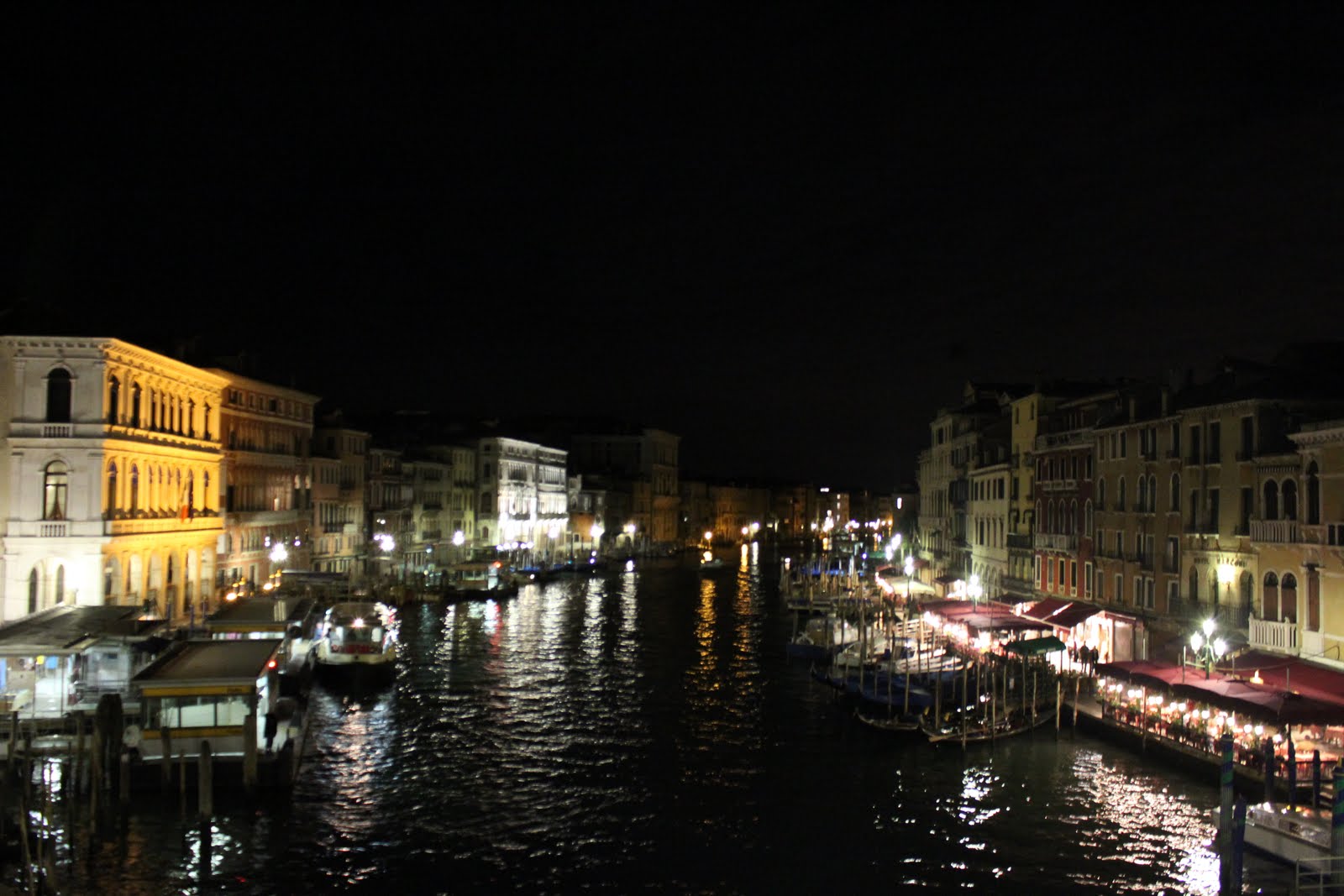 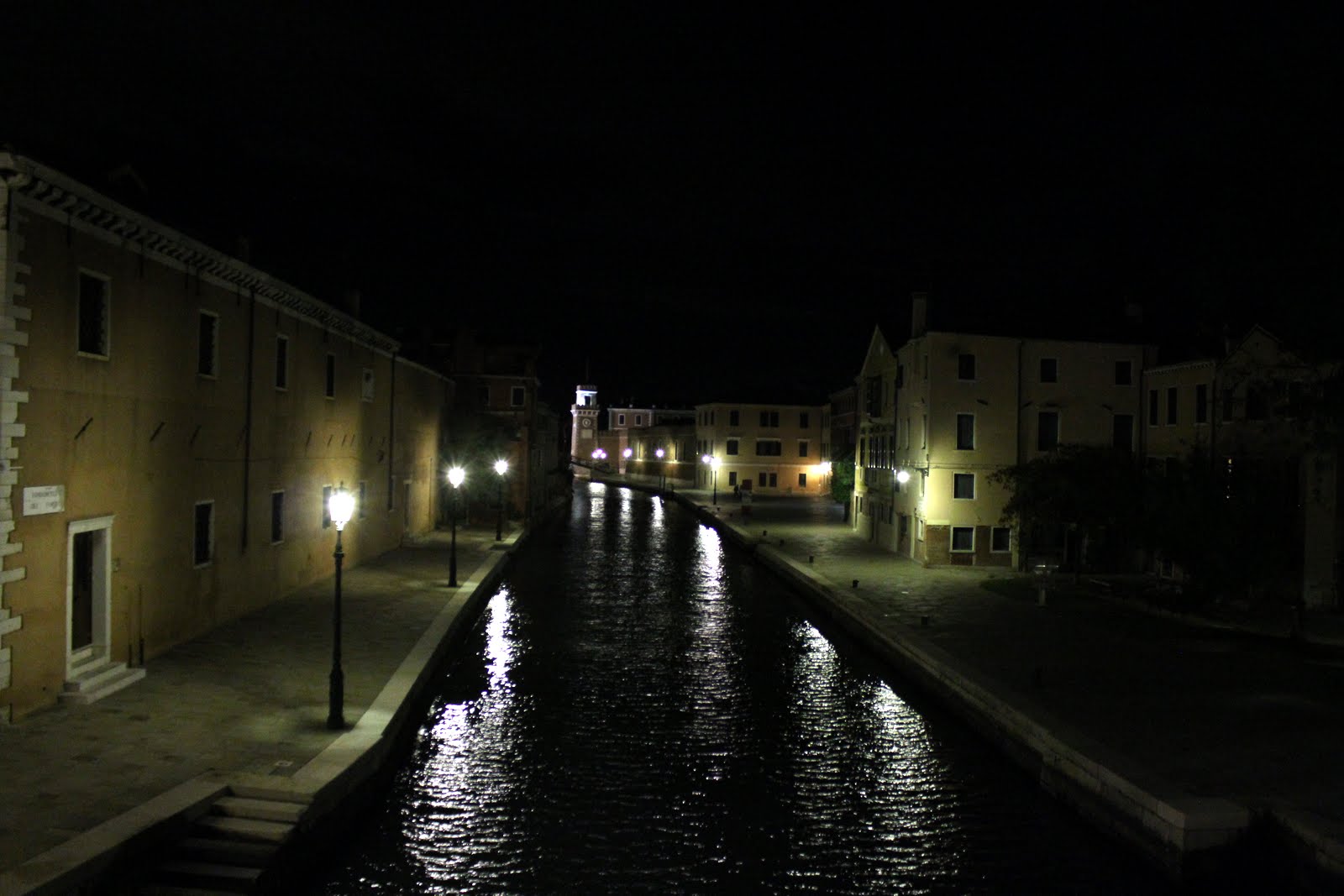 Nevertheless, I had to leave. The city drains me. Venice in the day is a facade, and there’s only so much wandering at night one can do before the mosquitos start to get bothersome. I did however see the island of Burano, which is famous for its brightly colored houses. Visually it’s beautiful, and less crowded than the mainland of Venice.

I have been thinking a lot lately about the purpose of this journey. Why am I traveling? Where do I think this path will take me?

When I was in Split, a friend of mine told me this. “Haseeb, stop worrying so much about finding yourself or figuring stuff out. There’s nothing to figure out, and nothing to find. Just have fun, party, meet people, and enjoy your time in Europe. Stop thinking so much. It doesn’t help.” I nodded at him, paying my respect to the advice he was giving me. But as he said it, I thought to myself that he is wrong. And that his advice may be right for someone else, but not for me. I am a thinker, a loner. There is much that I have yet to think about. 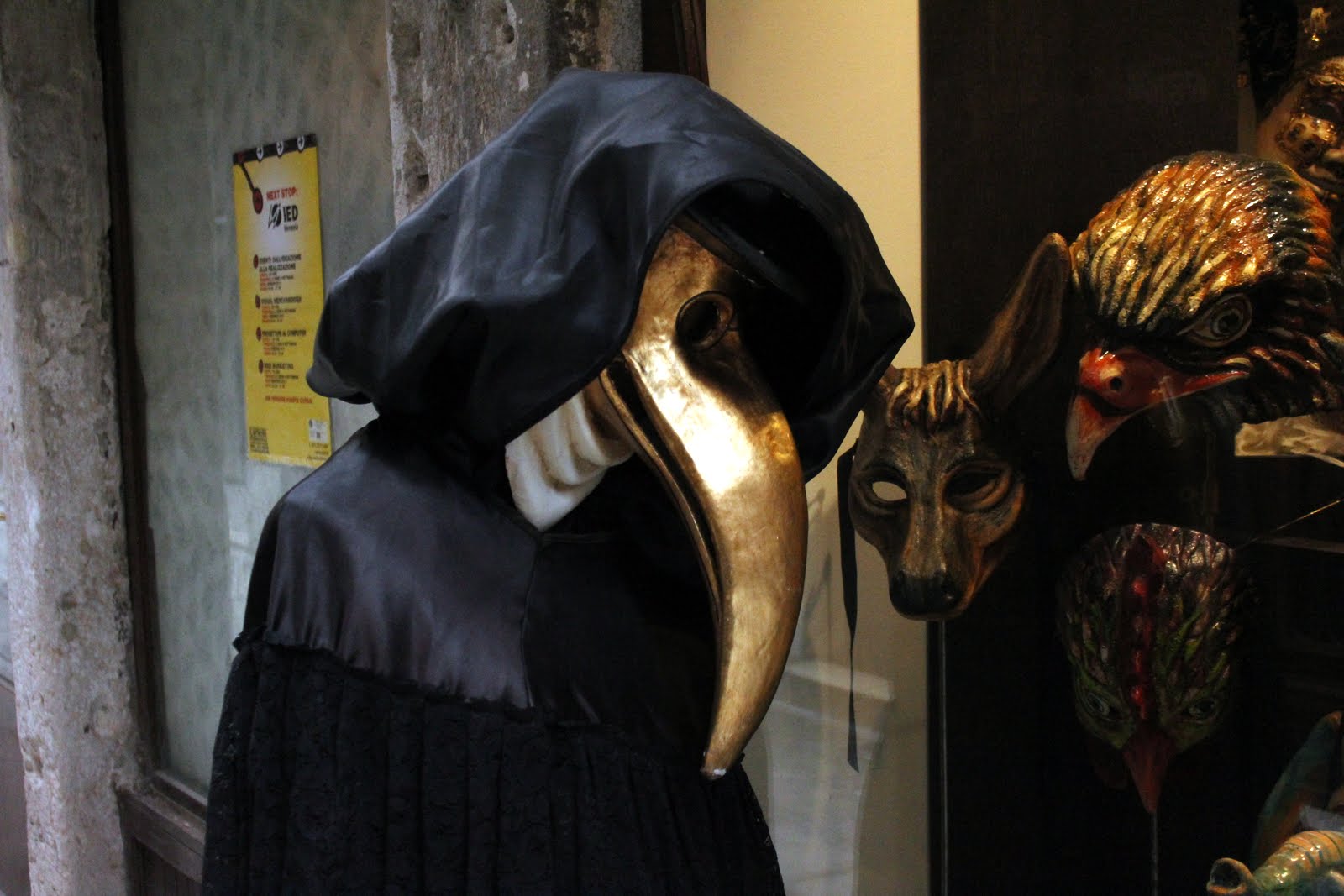 But it has occurred to me that perhaps he is right. That in thinking and in isolation I will not learn who I am, but instead will learn the version of myself that I choose to see. But in doing, in relinquishing myself and my self-understanding to only what I do, what I accomplish, what I effect in the world, then I will truly know who I am. For some reason I have been avoiding this almost obvious conclusion. I am too comfortable in silence, too at peace in solitude, that I believe there must be some great and important piece of my puzzle somewhere in that darkness. That if I don’t come to know that piece of me, that it’ll always be incomplete. But the truth is, it wouldn’t matter if I did got to know that piece. It changes constantly, and trying to grab hold of it in one moment is like trying to grasp an ocean in your hand.

There are only two things that I need to know. The first is who I want to be. And the second is who I am. I can only know who I want to be by meeting and interacting with enough people who I respect and who hold in themselves qualities that I would like to embody. And the only way to know who I am is to do enough, vitally and passionately enough, that I know through what I do who it is I am in the world. It is through my engagement in the world that who I am will be reflected back to me. The world is a mirror, and through one’s actions, one’s self is reflected back. 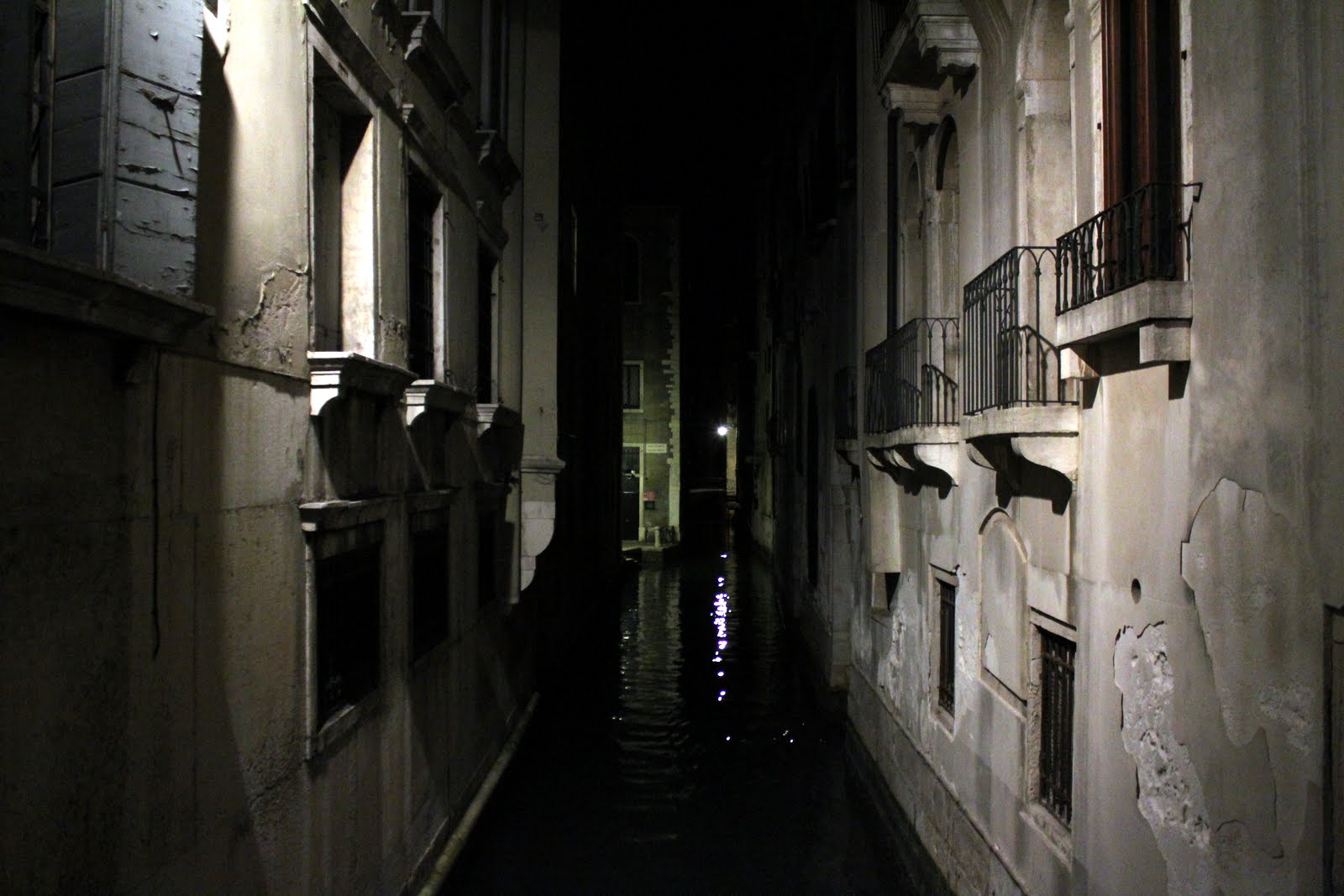 Right now I can put this into words, but I don’t know if I truly believe it yet. Perhaps that’s just a matter of time. I am not half the man I like to think I am, but in some ways I am much more as well. There are times when I despise myself, and other times when I feel blessed to have the capabilities that I have. It wil probably always be that way. And in some way that piece of myself that is in the darkness will always be in the darkness, and when I’m twice my age I’ll still struggle to understand it. That journey never ends.

I am in Padua now, and I like it a lot more than Venice. I will write more soon, about a guy I met a few weeks ago named Alex. I’ve been putting off writing about him and my interaction with him, but I shouldn’t any longer. I will be here in Padua for about a week. I will try to meet people and immerse myself into the life here. 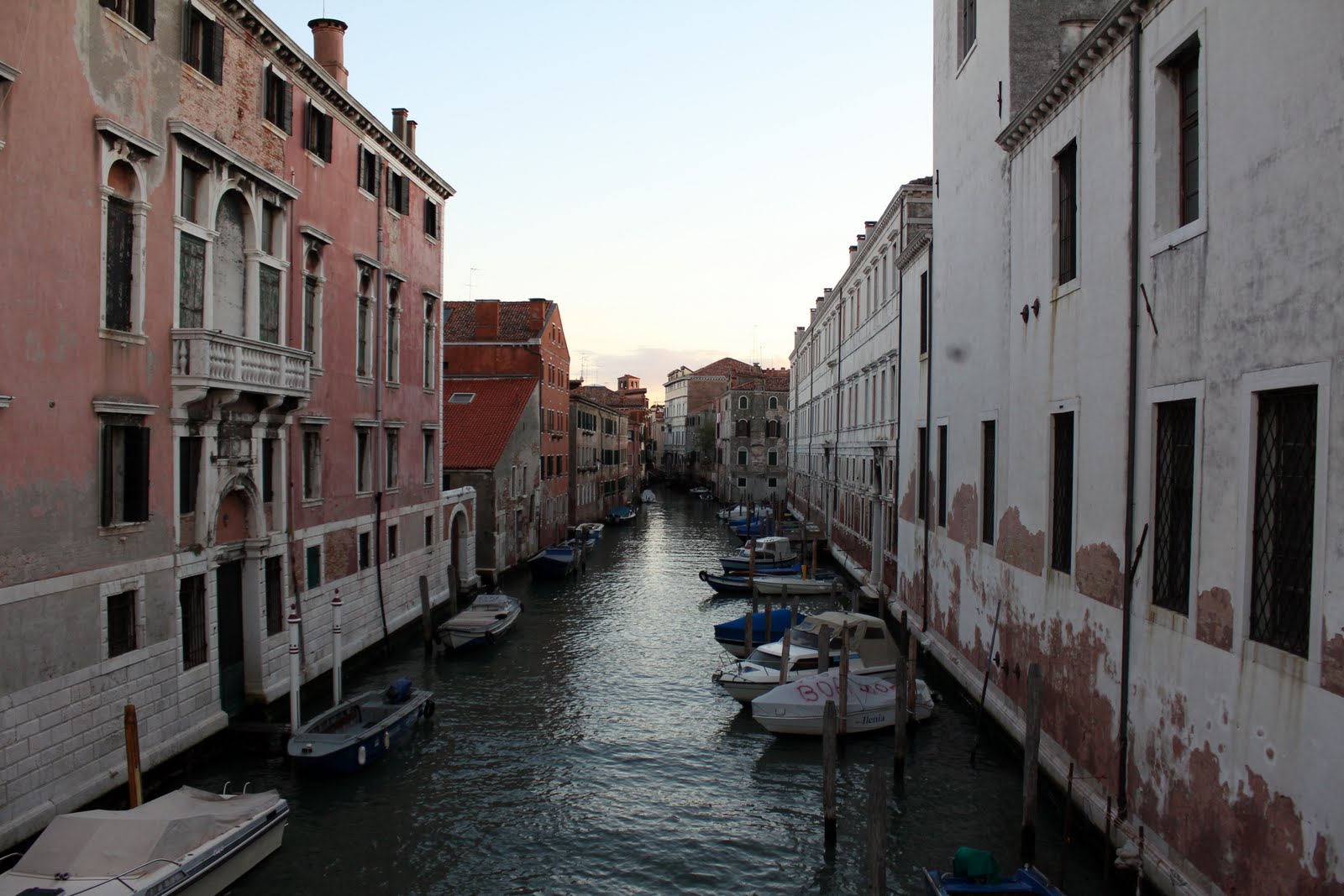 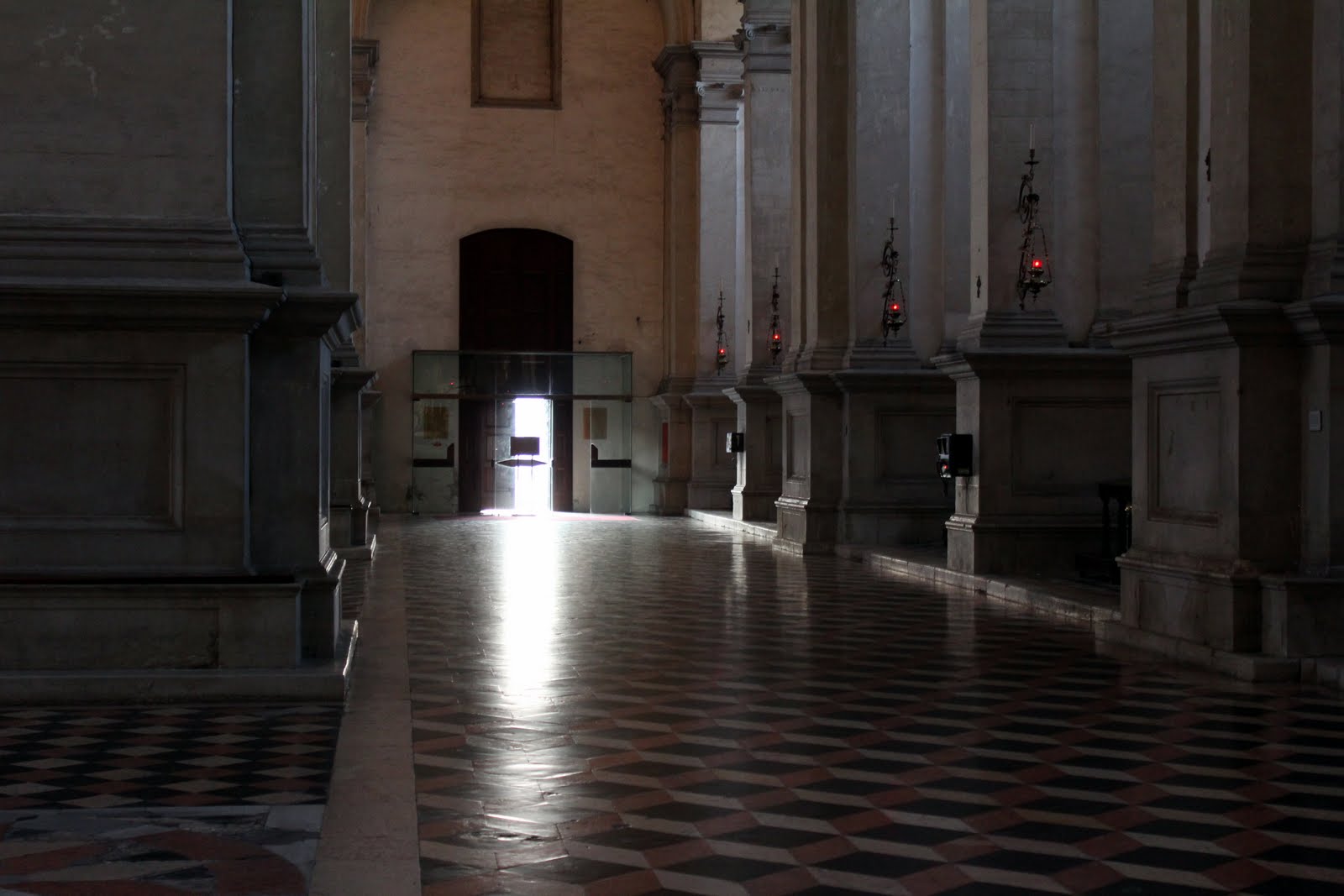 I’ve been procrastinating on writing this entry. At one point I started writing, but I found myself avoiding the very topic that I intended to write about. Actually, I could write a lot about the experiences I’ve had in Padua and Vicenze—about almost getting mugged when I came into Padua, about meeting a group of girls and joining their private graduation party, about a med student who tried to convince...
read more 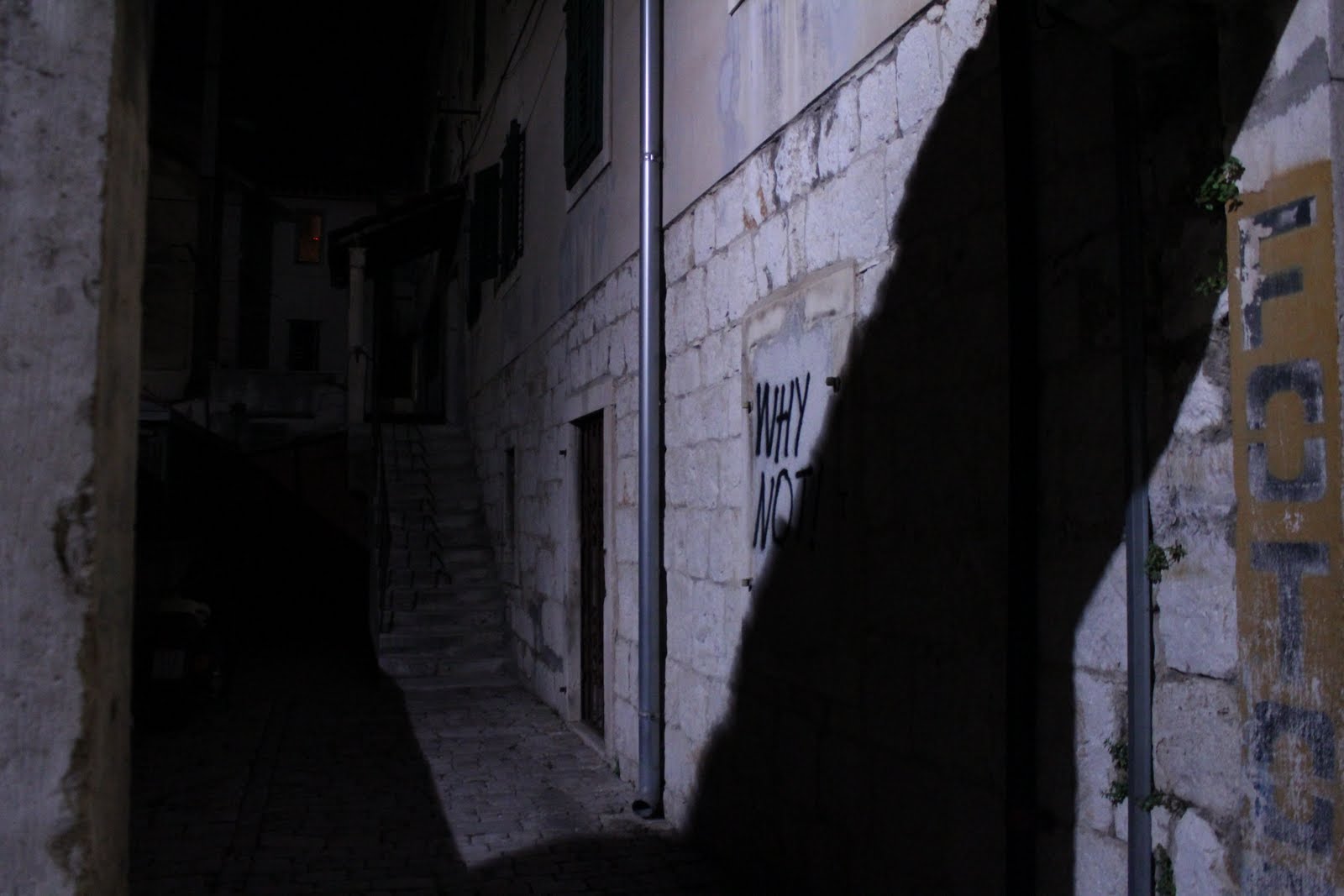 Hey guys, There’s so much I could write, but I’m not ready to write it yet. I have spent quite some time now in Croatia. It’s a fucking beautiful country. This entry will purely be photographs of the beautiful Croatia. Along with a badass song for accompaniment. [video] The harbor in Split. Down a dark alleyway near the center of Split. An open-air salsa dance in the center of Split....
read more

personal
Sep 2011
prev
Popular
/DeFi in Eth2: Cities, suburbs, and farms /What explains the rise of AMMs? /Why Decentralization Isn't as Important as You Think /Flash Loans: Why Flash Attacks will be the New Normal /The Life and Death of Plasma /Launching the Introduction to Cryptocurrency /Another decade /How DeFi cannibalizes PoS security /Ethereum is now unforkable, thanks to DeFi /So you want to build a crypto startup? /Blockchain fees are broken. Here are 3 proposals to fix them. /Crypto is financial unbundling /3 Moments in History that Explain the ICO Bubble /Why Crypto Needs Institutions /Why isn't Bitcoin banned everywhere? /The Hard Thing About Learning Hard Things /Blockchains should not be democracies /Stablecoins: designing a price-stable cryptocurrency /The authoritative guide to blockchain development /Why Bitcoin is not trustless /We already know blockchain's killer apps /A hacker stole $31M of Ether—how it happened and what it means for Ethereum /The Time I Had to Crack My Own Reddit Password /How Not to Bomb Your Offer Negotiation /Ten Rules for Negotiating a Job Offer /How to Break Into the Tech Industry—a Guide to Job Hunting and Tech Interviews /Farewell, App Academy. Hello, Airbnb. (Part I) /Cracking the Coding Bootcamp - The Definitive Guide /Why I've Decided to Devote my Career to Earning-to-Give
Years
/2020 /2019 /2018 /2017 /2016 /2015 /2014 /2013 /2012 /2011
Main
/home /about /book /talks /course
Topics
/blockchain /effective altruism /personal /poker /programming /tech careers
Follow