It’s taken me some days to write again since I’ve been pretty occupied while I was in Berlin. I stayed there with my good friend Fredrik Keitel (aka Fisheye, observer84), he was very generous with letting me stay on his couch and showing me the city. Berlin is a pretty cool place. Greener than just about any other city I’ve visited considering its size. It also has the strange habit of being quiet during the best times of day. I remember walking with Fredrik along the Spree at sunset or wandering through the Tiergarten, and seeing nary a soul in some of the most beautiful and green parts of the city.  If this were a city in America, those places would be jam-packed with noisy and superfluous people. But Berlin is a city that knows silence I think. I can appreciate that.

Yesterday was my last full day in Berlin, so I decided I was going to visit what’s known as “Museum Island.” Museum Island is a collective of 5 museums located in the center of Berlin, so it’s a common spot for tourists. Freddy had to take care of his younger brother and told me I’d have to keep myself busy until 8pm, so I took a cab down toward Museum Island. The sky had been ominous most of the day, but by the time I arrived at Museum Island it had begun to rain heavily. The covered walkways that led to various museums were abustle with eager tourists. Of course, a perusal of the museums promised shelter from the rain.

But somehow when I was there, looking around at the meticulously manicured museum gardens, the gray-blue sky, the river Spree floating alongside the railings, and the white noise of rain pelting the ground… I realized that I didn’t give a shit about seeing museums, or seeing exhibits on the Berlin wall or neoclassical painting or whatever the fuck. So I sat myself on the steps of one of the museum entrances and started to write. Then got up, wandered around. Took a few photos in the rain, none of which turned out well. Then put my camera away and wandered again, pacing up and down some of the walkways. Watched the Spree. Then began pacing again. There has been a restlessness in me lately; all I wanted to do was think, to pace with ease.

When the rain slowed to a drizzle and it was nearing dusk I started again toward the innards of the city, but I couldn’t find any taxis anywhere. I ended up wandering downtown Berlin for a while until I finally found a stairway to the underground. Despite what it sounds, it’s probably been one of my more productive days here. Man, I sound crazy, haha. Now that I think about it, a few people looked at me strangely when they saw I kept walking up and down the same stretch of walkway for half an hour.

I wish I wasn’t such a damn kid sometimes.

While we were in Berlin, Freddie and I met up with a Chinese-born restaurant owner named Duk. He was a big fan of poker and was enthralled to hang out with the two of us. He is a middle-aged man, chubby with a serious face. He wore loose-fitting designer gymwear wherever we went, and had a distinct pervy affect to him. He told us that he owned four of the most successful restaurants in Berlin. As I asked him questions about his life from the back seat of his BMW, he told me all about his history as a chef, what it was like starting up restaurants for the changing palate of Berlin, about the philosophy of cooking. He was a fascinating character.

We all sat down at an Arabian restaurant and ate some of the most succulent kabob I’ve ever had. “This the best Arabian meat in Berlin,” he told us. “He marinate it perfectly. So good. It’s his secret recipe from his grandma or something. Here, have the chicken. Take it from this side,” he said as he mixed the tomato into the rice for us. I laughed.

Duk was a fascinating man. A little over a year ago, he had tried to launch a high-end restaurant in Berlin that had failed. It was his lovechild after over a year in preparation and development, and most of his savings. When the restaurant failed, he lost his confidence in the path he was on. He realized that he was on what he called a “devil’s spiral.” Making money, just to want to make more and more, only ever feeling like it was not enough. There was no end to it. Instead of finding a way to stop the gears and enjoy what he had made of his life, he had found himself simply a prisoner to money and to success. The devil’s spiral.

After finally accepting the failure of his restaurant, he saved up some money and decided to travel the world. A bit like me, but a lot more badass. He went equipped with only a backpack and traveled to Italy, France, Spain, then to the west coast of the USA up to Alaska, China, Japan, Malaysia, Vietnam, and finally back to Berlin. He told me he spent a night sleeping on a billiards table in Vancouver, and spent a night staying in a lavish five star hotel in Japan. He fished and ate the most delicious salmon he’d ever eaten out of the freshwaters of Alaka and spent weeks camped outside of Florence eating canned mush. Haha, I still remember him telling me: “While in Japan we visited the freshest fish shops. A good fish shop will never smell like fish. This is only the shit ones, their fish are old and smell of dead fish. A good fish shop will smell like nothing. Like the sea. That’s it. This is how you know the fish are good and fresh.”

I found myself in great admiration of this man. Though our paths through life had been very different (and he was, by his own admission, a bit more of a mess than I wanted to be), he had a lot of what I wanted to see in myself someday. His passion, his hunger for living and experience.

We talked about happiness and success and the pitfalls of investing your mind and soul into the idea of greatness. About how the biggest challenge in life is not achieving success, but in learning how to be happy. That all of the roads to success and “greatness” are marked as though they lead to peace and happiness, but none of them do. That the ultimate challenge is in learning the art of happiness, of contentedness with what one has rather than seeking what one doesn’t.

But you probably know what was said and what we concluded. The words themselves weren’t important. Not really. Or maybe they were? I’ve had so many such conversations in the last few weeks and no doubt will have many more. What am I supposed to take away? Maybe now is not the time to take anything away. Maybe once I return to normal living is when I’ll know what mattered, and what was just the details.

I’m on the train right now to Prague. I will arrive there in a few hours. I should try to get some sleep while I can. Will write more soon. Here are some photos I took while in Berlin. 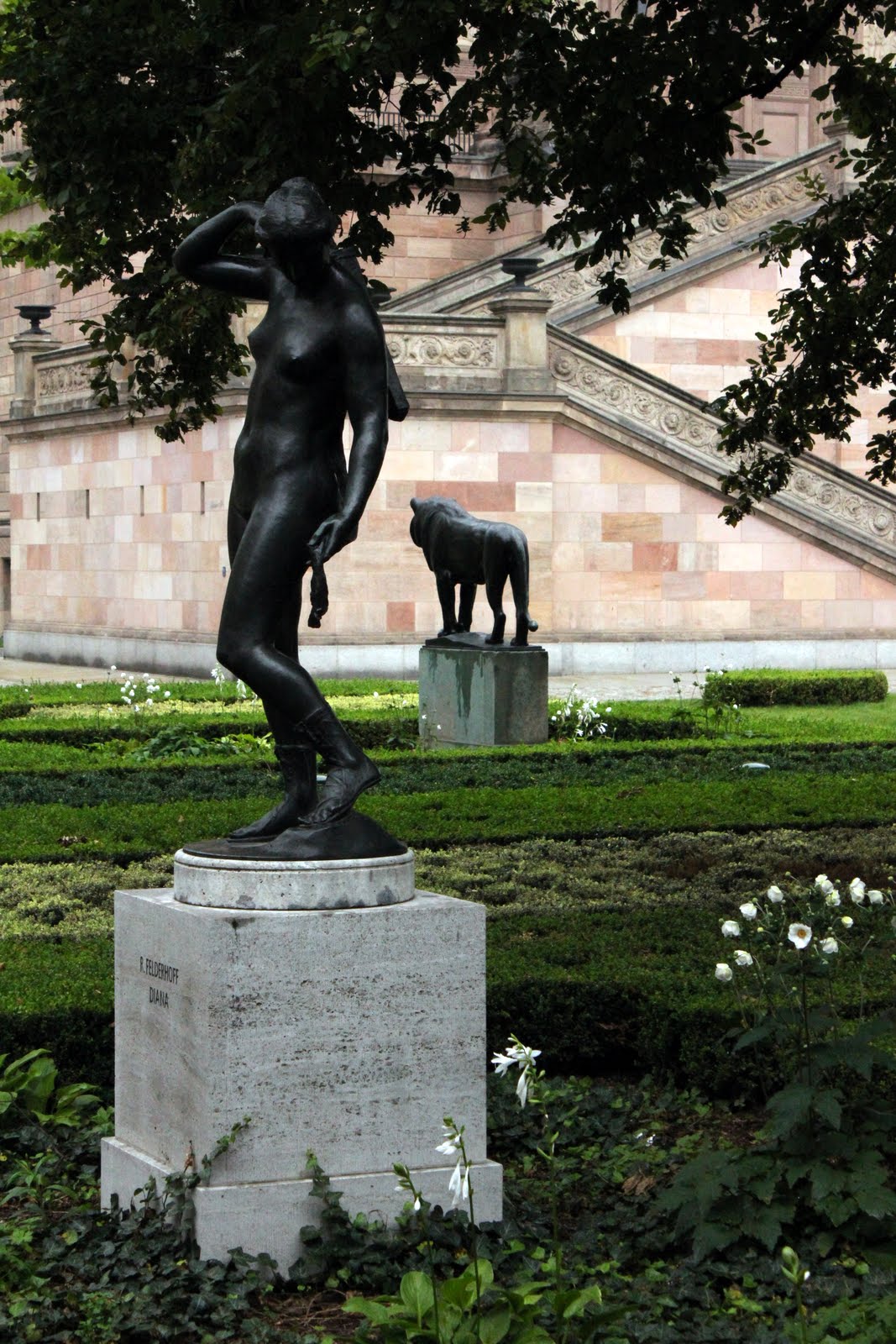 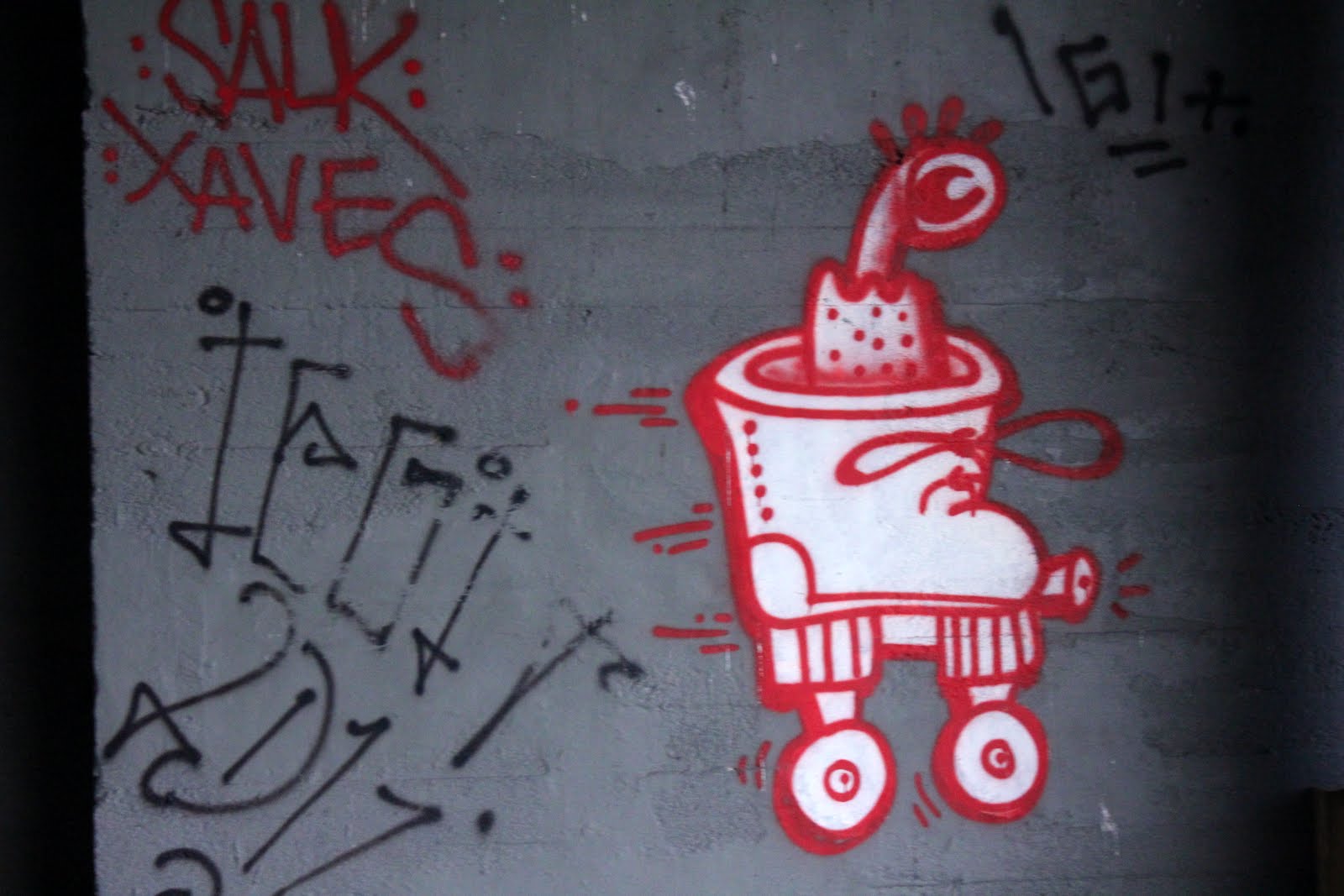 Graffiti on a tunnel beneath a bridge. 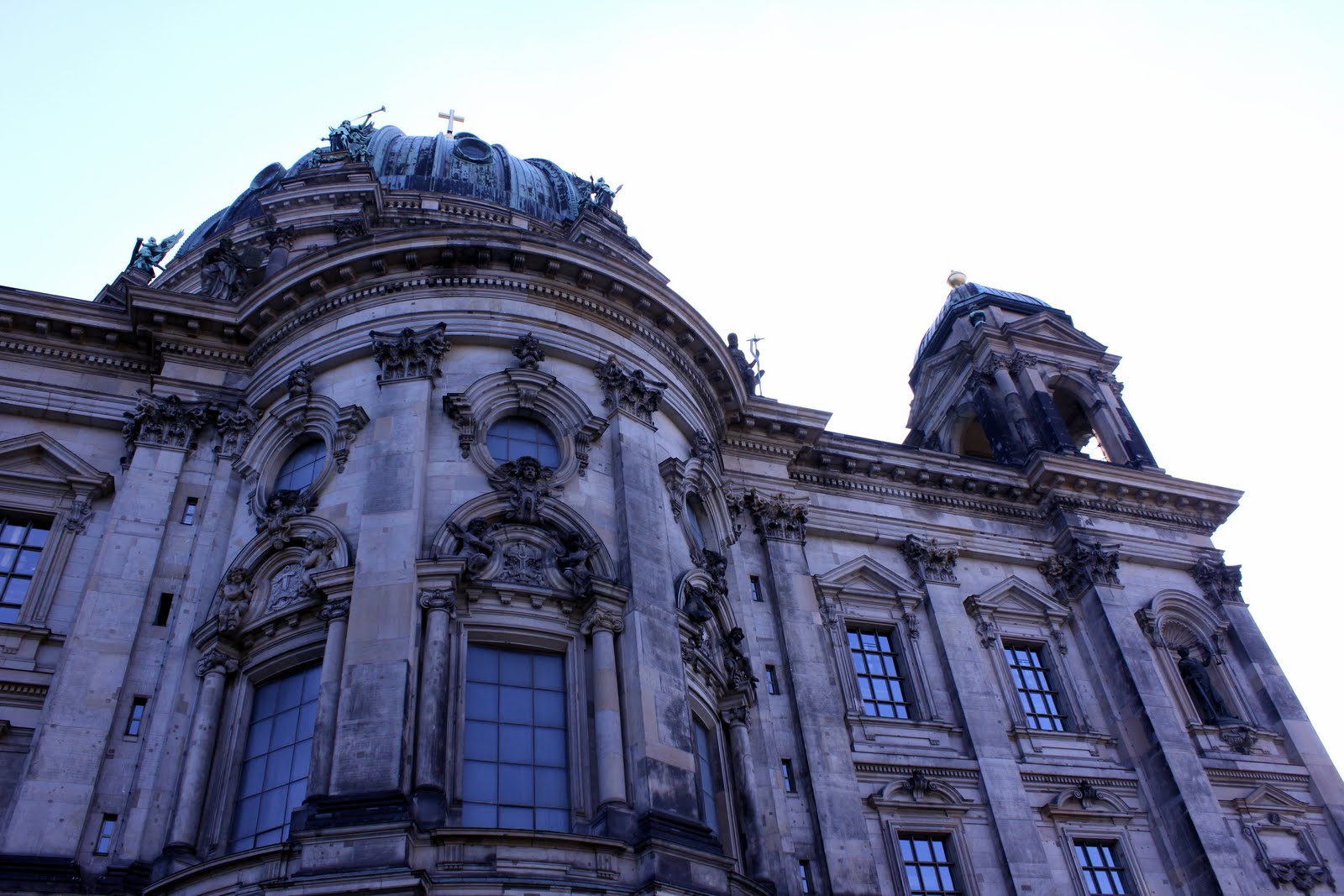 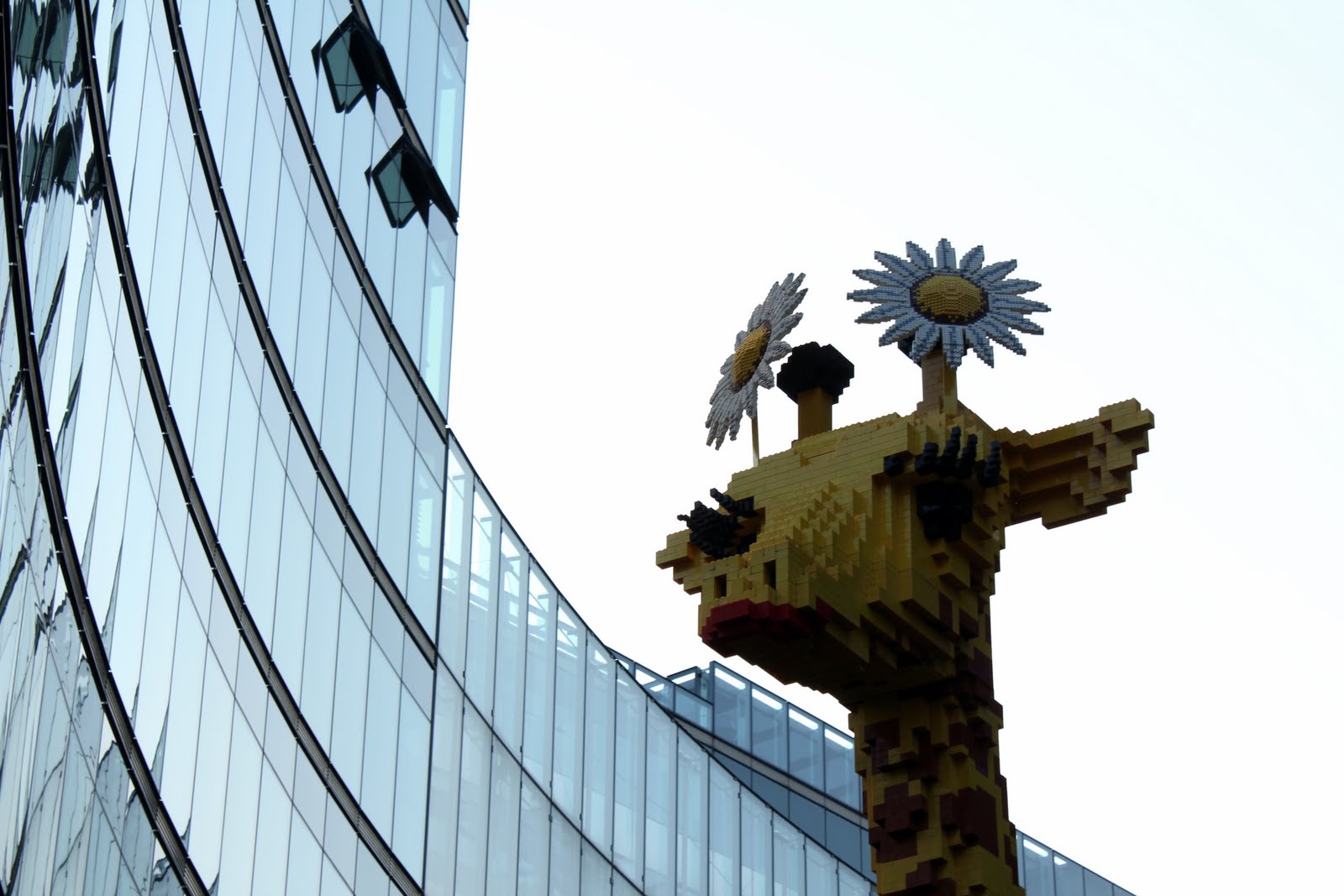 The infamous LEGO giraffe outside LegoLand. 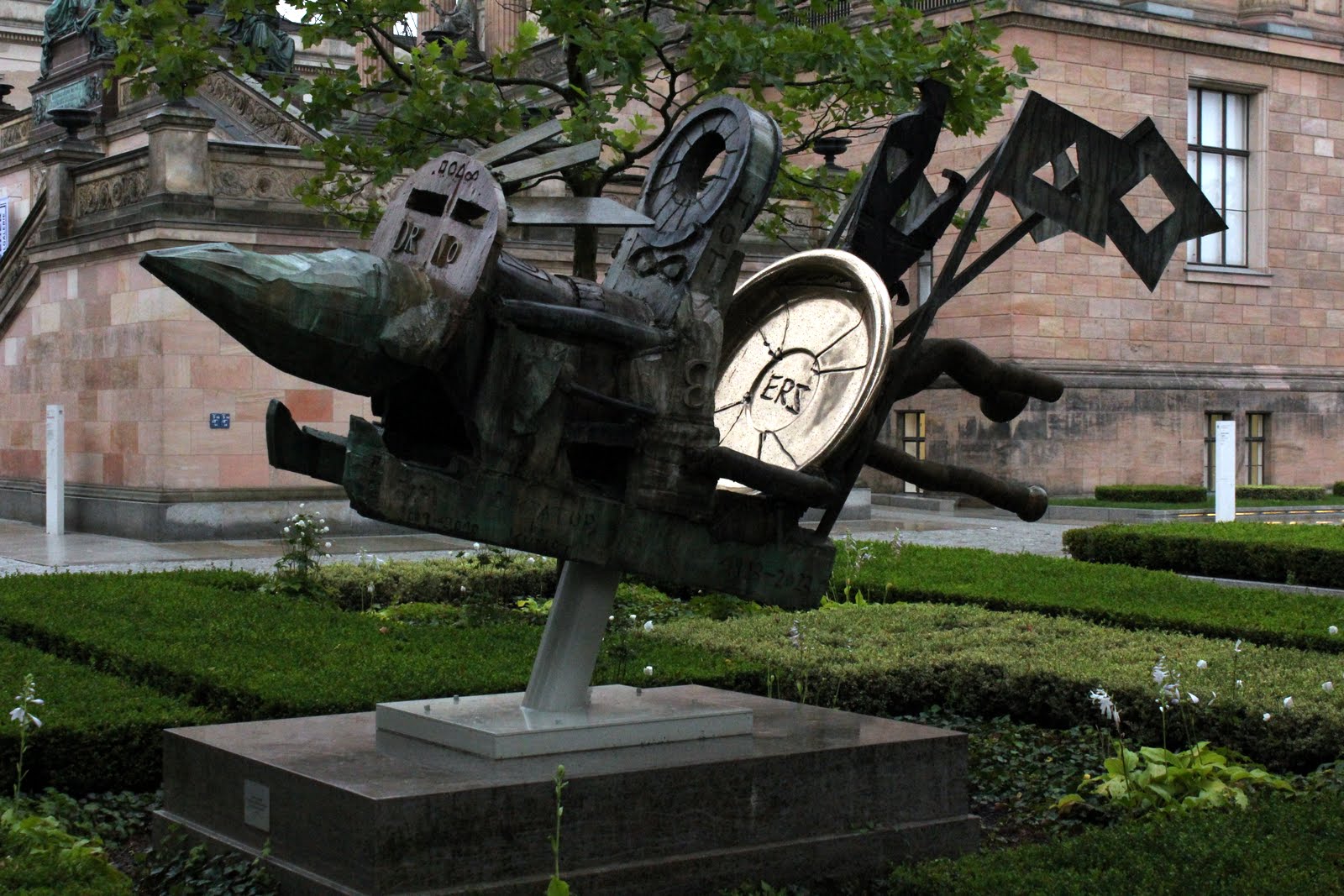 And this is… I have no idea what the hell this is. Haha. 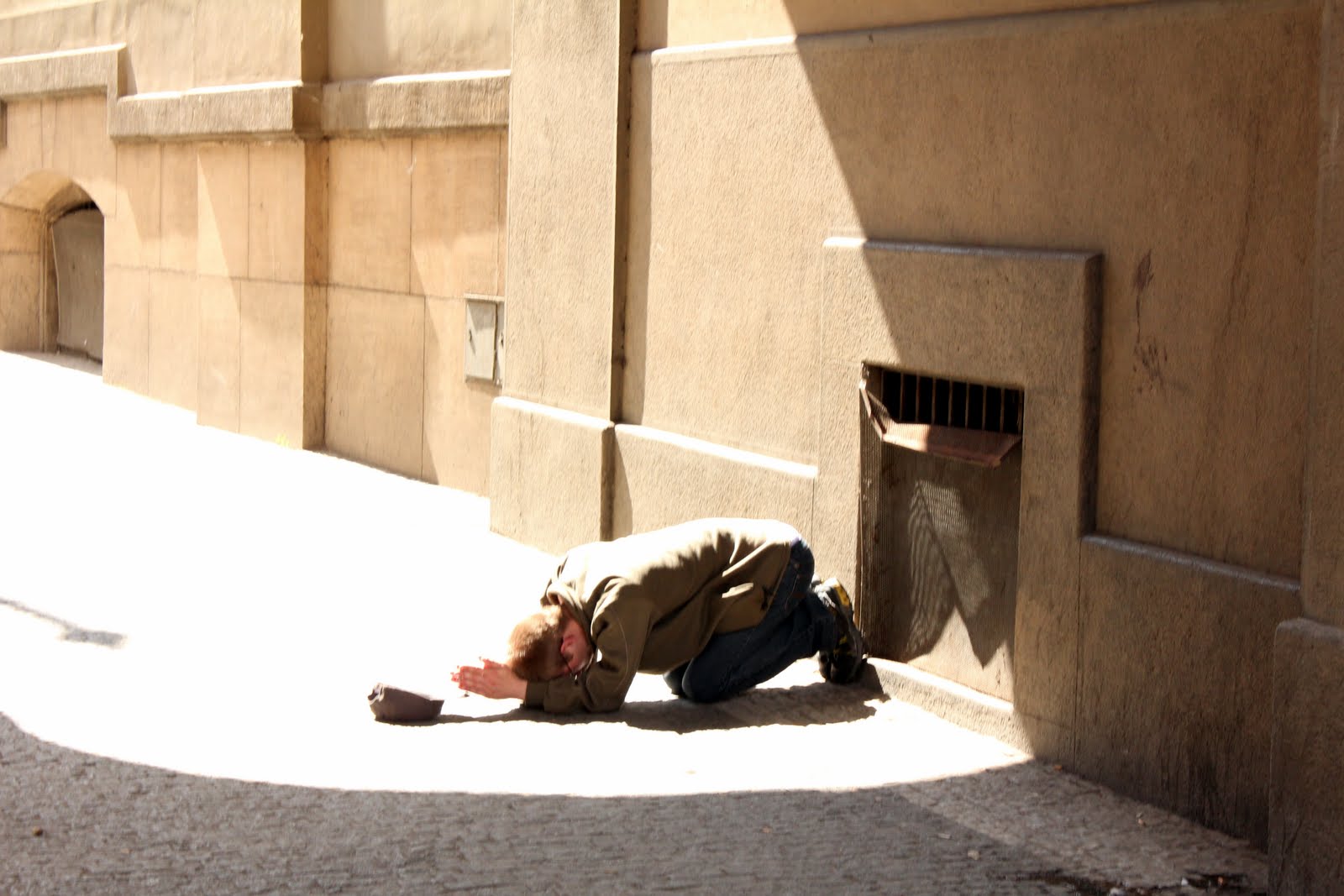 Hey all, I am now in the Czech Republic and have met up with some of my friends. It’s been fun hanging out with them again, but the first few days in the Czech Republic by myself were pretty interesting. While I was in Cologne, I spent my nights in cheap hotels. I wandered around the city looking for hostels but couldn’t find any, so I just settled on hotels....
read more 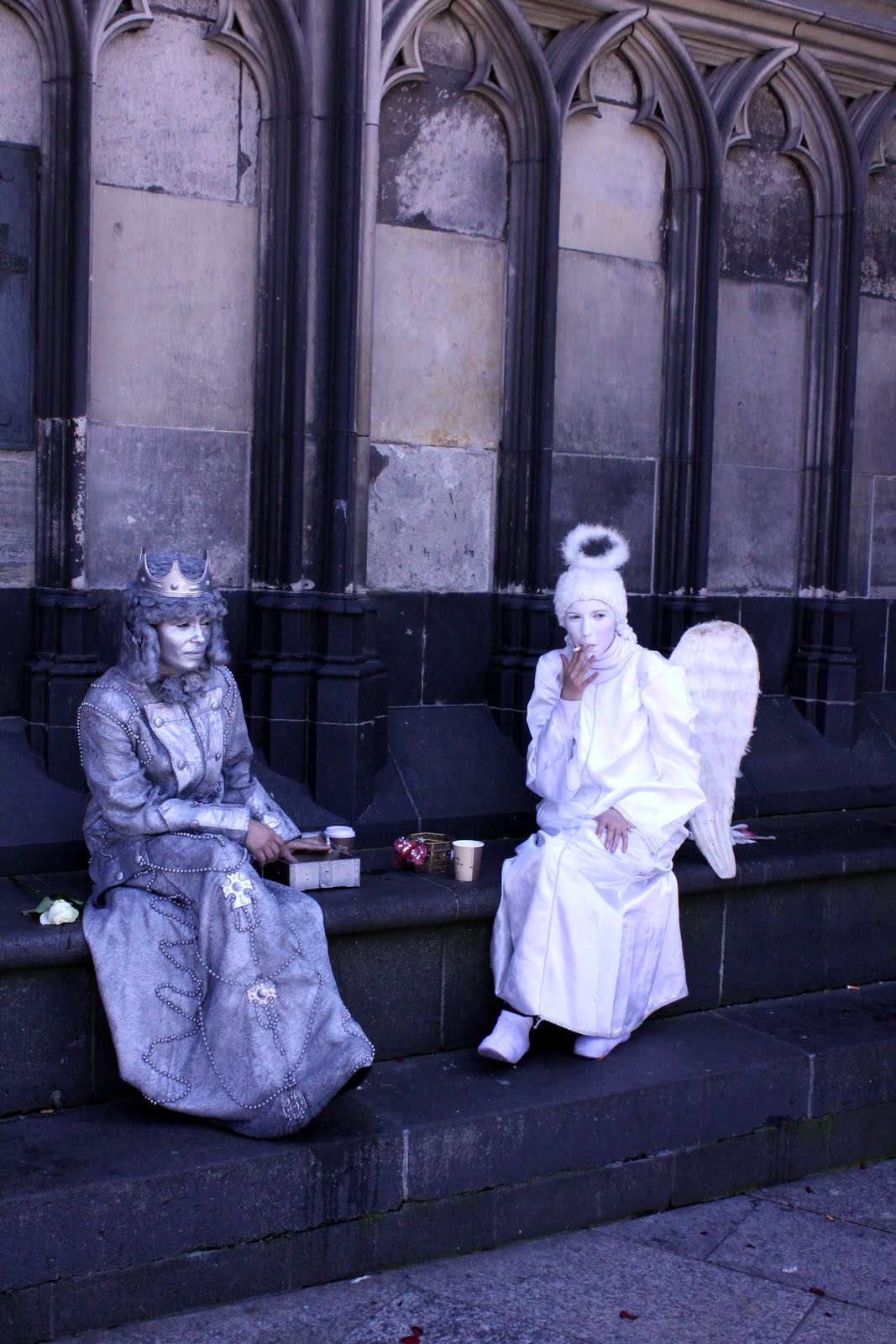 I’ve just now gotten internet access again since when I posted my last blog entry. Cologne is an interesting and beautiful city (although I’ve met a few locals who seem to think it’s a boring place… but I guess that’s true of everywhere to the people who are used to it). I visited the Dom cathedral, the Roman-Rhineland Museum, and walked along the Rhine river for several miles. My feet...
read more