My travels have begun.

The day before yesterday I took the Eurostar (underground train) from London into Paris. I’ve never been on such a train before. I watched the landscape of the rural north of France rushing by outside the window. There is something very beautiful and nostalgic to me about riding in a train or a bus. It’s hard to put my finger on it exactly, but something about staring out of a window and the rumbling of the seat, the white noise of wheels over tracks, it makes me feel very peaceful. I was planning to read a book during the trip, but all I could do was stare outside the window and think.

When I arrived, I was picked up by a guy named Adrien. He is tall, scratchily groomed, 25 years old. He used to be a poker player, but now he is just a student, studying philosophy at the Sorbonne. He sent me an e-mail several days earlier inviting me to stay with him and his mother in their home just outside of Paris for a few nights. When I got to talking to him he told me that the only reason he invited me is because I am also a student of philosophy. He is an interesting character, and I will write more about him and our conversations in the future.

He and his friends took a liking to me and showed me around Paris. They were amazingly generous to me and all loved showing me around. I saw Montmartre, the Basilisque du Sacre-Coeur, the Eiffel Tower, and the Tuilerie Gardens. I had seen Paris before when I was 18, but it was a more wonderful experience this time around. I feel more able to experience it, if that makes sense. Unfortunately my camera was out of batteries so I couldn’t take any photos, but it was an awesome experience standing at the base of the Sacre-Coeur and looking over the entire city of Paris laid out before us.

The first night we returned to Adrien’s home in a small town just outside of Paris. I took some photos of it yesterday morning. It was a beautiful house and there was an amazing mansion just outside in the neighborhood. Here are some of the photos I took: 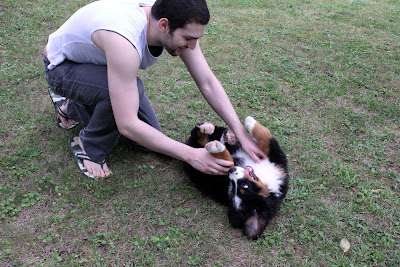 Adrien and his puppy Eunice 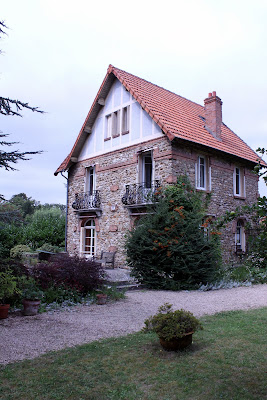 The house I stayed in 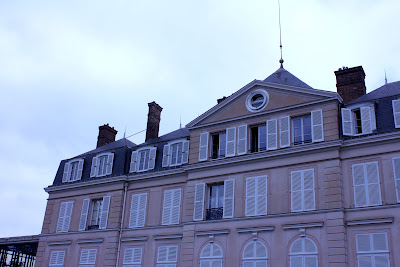 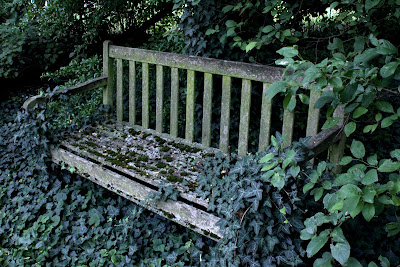 An old bench I found

Yesterday we came to stay with a few of Adrien’s friends who offered me a couch to sleep on. We watched a movie and at night they invited me to come out with them to some Parisian bars. It turns out that two of Adrien’s friends had motorbikes and this is the easiest way to get around Paris quickly. I have to say, out of all of the things I’ve experienced so far, seeing all the touristy places and amazing views, the most amazing thing I have experienced is riding on motorcycles through the night of Paris. Breezing past the River Seine and watching the Eiffel Tower light up, driving past bars and cafes and seeing the life of the city as it lights up in the night. It was fucking beautiful.

Tomorrow I will try to write some more and get some of my thoughts out. I need to flush my head out. Tomorrow sometime in the afternoon I will take the train to either Cologne or Berlin in Germany.

Thank you everyone for all of your kind messages and words of support. 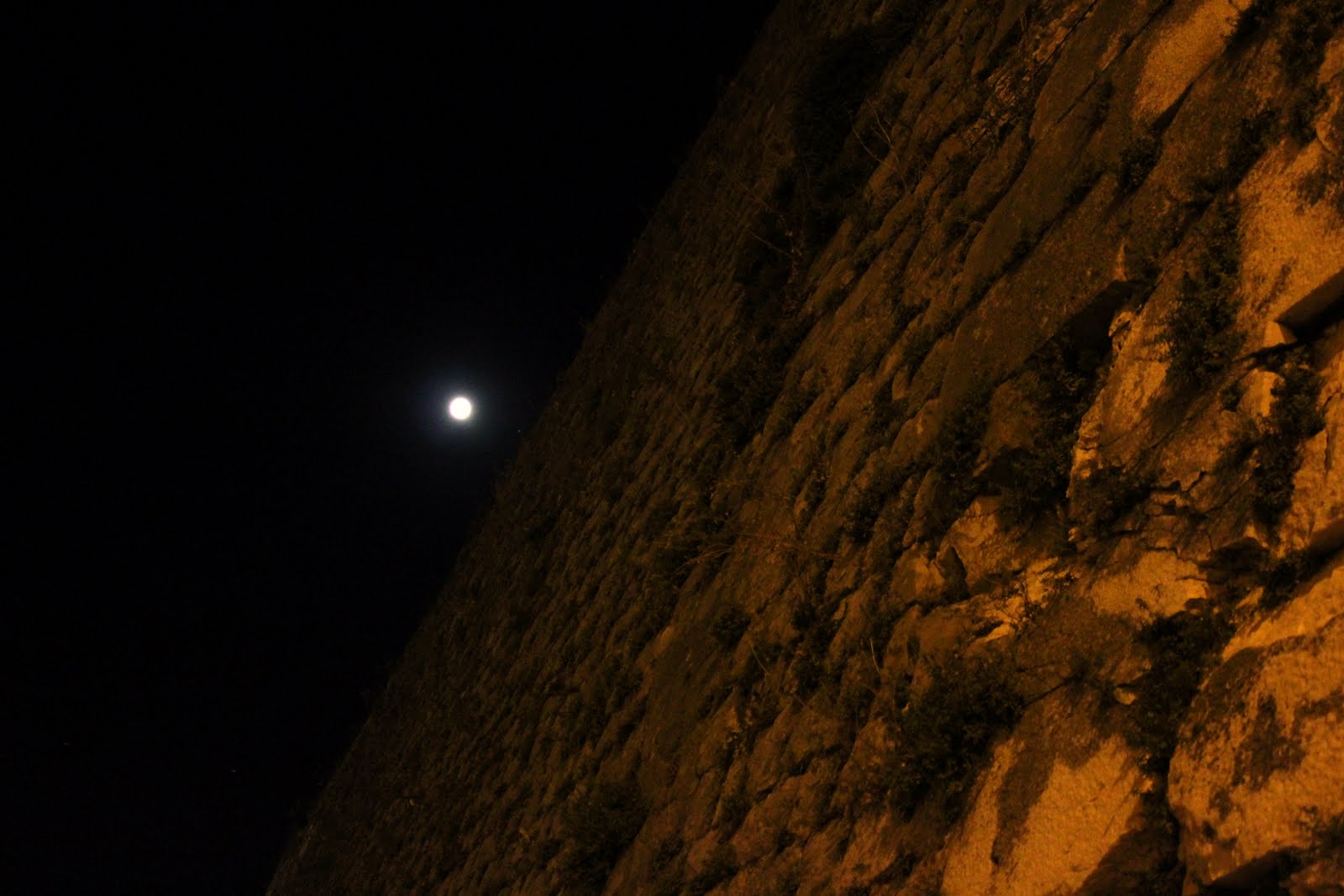 I’ve been having these recurring dreams lately. In these dreams I am a child again, and I am causing trouble against authority figures for no real reason. I’ve never been a big fan of dream analysis, but it’s been on my mind. Maybe it’s my psyche trying to tell me that this little exodus, this attempt to rebel against what by now is my nature, is pointless and childlike. Maybe...
read more

personal, poker
Aug 2011
next
My last word to the poker world 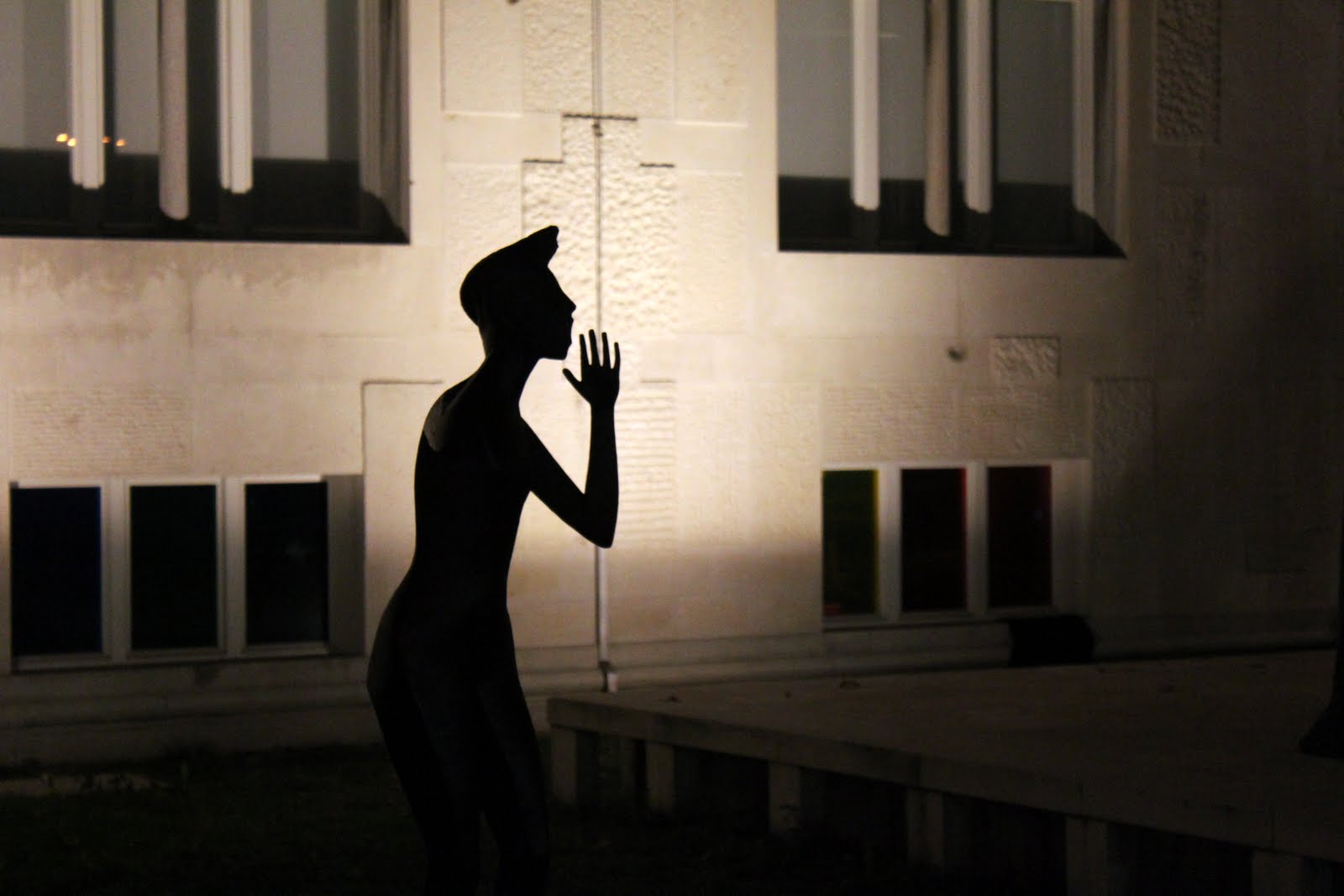 I just wanted to mention and link this here, because I think it’s responsible to do so. This will be my last time engaging the poker world. From my previous blog: At this point, all of the truths have come to light. I am only updating this blog so that everything is in one place. For those of you who have not read it, I have come forward on HSNL...
read more