(For those of you who don’t know what’s going on with me right now, read this post first.)

Christmas has come and gone. It’s never been a big day for me and my family. We don’t celebrate Christmas. So mostly Christmas is a day when everything is closed, my friends are busy, and everything is dim and quiet. For me, it’s a lonely time of year.

Two days before Christmas, my younger brother and I went out and bought a shitload of fruit, about 600 apples and bananas in total. We drove down to Front Steps Shelter on Christmas morning and set them out for the lined up homeless outside.

It was a simple thing, really. But thinking about it, this has been the first Christmas in a long time that I’ve felt good about. It’s a good start.

The book has been doing amazing. Since the day after its release, it’s been consistently ranked #1 among all poker books, with no signs of waning. It’s doing way better than I expected! Most of that was with no reviews at all, and even now it still only has a couple. I know it’s going to take you guys a while to get through it, but once you do, please leave a review! Even if you’re not going to gush, just getting your feedback is a huge, huge help.

(And if you haven’t picked up the book yet, the price is going to go up to $9.95 after the new year; if you’re strapped for cash, you should pick it up before then. Also, for those who like the smell of paper, I’ve just gotten the print version made!! You can get it here, and it’ll also be available on Amazon around New Year.)

These last two weeks have been exhausting. Since making my last blog post, all the attention and craziness and skepticism has really taken a toll on my mind. I suppose that’s to be expected, though. Some seemed to believe that I’m not really doing this, or it’s all some kind of a trick. For a while, that really upset me. It’s hard to have a deeply personal decision be impugned and doubted by onlookers. But as my close friends have admonished me, in so many words: screw the haters.

I feel like I’m in a better place. I’m ready to take on new projects. I want to start producing more content, and I’ll tell you guys more soon. Right now, the first priority is getting the print version of the book out—personally, I’m anxious to hold the physical book for the first time. For whatever reason, it still doesn’t feel quite real. I’d been working on this book for almost two years, and even after seeing it do really well, my brain hasn’t registered that I actually wrote a fucking book. The book that I’d been wanting to write since I was 19 years old. I still have the crazy little scratched up document on one of my hard drives, entitled “The Philosophy of Poker.”

I’m proud of this book. I struggle to say that for some reason, but it’s true. I’m proud of it.

Okay, enough about my goddamn feelings.

Here are some updates on the donations:

$20,000 to ICCS, the Indigenous Cultural Conservation Society: receipt posted here. You can read more about them in my previous post.

$20,000 to The Simama Project: receipt posted here. This is a great charity that is also based out of Kenya. Essentially, they work with Kenyan street children, and based on both need and academic merit, they award substantial scholarships to allow kids to get off the street and into school.

The scholarships cover tuition, books, food, and medical checkup, so they’re substantial and comprehensive to ensure that a kid has enough to get into school and see it through, even if their home life is rough. I’ve been told that the best way to allocate the donation is to try to fund 7 children through the entirety of high school. More details will be forthcoming in February, which is apparently when their yearly cycle starts, and they determine their next potential candidates.

My plan for the next donation is to make it to charity: water. So far I’ve looked into several water charities, and charity: water is the most promising one I’ve found so far. They are a larger charity (ranked 67/70 on CharityNavigator), and they have a wide range of projects, so I’ll know more about what specific project(s) I’ll be donating to in the upcoming days.

Okay, I think that covers it for now. If any of you guys have any more suggestions for a final charity, please give me a shout. I’ve looked into everything people have suggested so far, but I haven’t found anything so far that fits the criteria I laid out. Just a note, since I’m getting a lot of suggestions of foreign charities—they have to have 501(c) status in the United States! Otherwise I’d have to pay extra taxes on the donation, which would ultimately mean I wouldn’t be able to donate as much. So as much as all these foreign causes are awesome, I’m afraid they’re out of reach for me for the time being.

I’ll end with a quote, which has been on my mind since all this.

How could we forget those ancient myths that stand at the beginning of all races, the myths about dragons that at the last moment are transformed into princesses? Perhaps all the dragons in our lives are princesses who are only waiting to see us act, just once, with beauty and courage. Perhaps everything that frightens us is, in its deepest essence, something helpless that wants our love.

So you mustn’t be frightened, dear Mr. Kappus, if a sadness rises in front of you, larger than any you have ever seen; if an anxiety, like light and cloud-shadows, moves over your hands and over everything you do. You must realize that something is happening to you, that life has not forgotten you, that it holds you in its hand and will not let you fall. Why do you want to shut out of your life any uneasiness, any misery, any depression, since after all you don’t know what work these conditions are doing inside you? Why do you want to persecute yourself with the question of where all this is coming from and where it is going? Since you know, after all, that you are in the midst of transitions and you wished for nothing so much as to change. 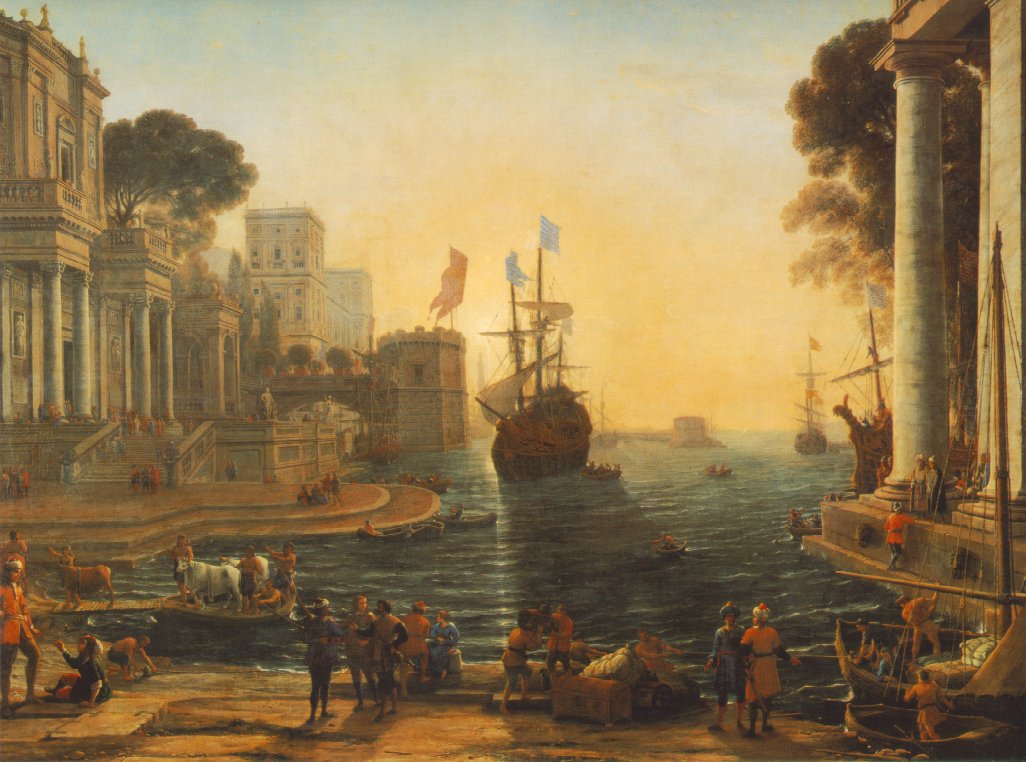 I made my final donation yesterday. The $75,000 is now all accounted for. I sent $20,000 to charity: water for building water wells in rural Pakistan, and $15,000 to GiveDirectly (matched by another $15,000 by Good Ventures), which will be distributed through Kenya and Uganda. I’ll be updating the original post where I announce I’m starting over with more information and the receipts once I get them. The print edition...
read more 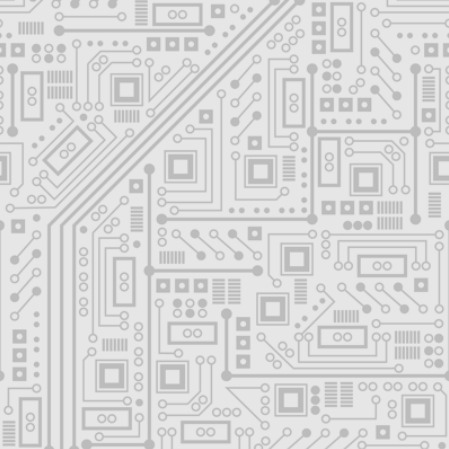 So I’m starting over. I’ve decided to give away all of my money. Two years after retiring from poker, I have left about half a million dollars. I’m giving some of it to charity, and the rest to my family to go toward my parents’ retirement. I’m leaving myself $10,000 to live off—you know, in case I’m an idiot and everything goes horribly wrong. Oh, and I just finished the...
read more

effective altruism, personal, poker
Dec 2013
prev
Popular
/DeFi in Eth2: Cities, suburbs, and farms /What explains the rise of AMMs? /Why Decentralization Isn't as Important as You Think /Flash Loans: Why Flash Attacks will be the New Normal /The Life and Death of Plasma /Launching the Introduction to Cryptocurrency /Another decade /How DeFi cannibalizes PoS security /Ethereum is now unforkable, thanks to DeFi /So you want to build a crypto startup? /Blockchain fees are broken. Here are 3 proposals to fix them. /Crypto is financial unbundling /3 Moments in History that Explain the ICO Bubble /Why Crypto Needs Institutions /Why isn't Bitcoin banned everywhere? /The Hard Thing About Learning Hard Things /Blockchains should not be democracies /Stablecoins: designing a price-stable cryptocurrency /The authoritative guide to blockchain development /Why Bitcoin is not trustless /We already know blockchain's killer apps /A hacker stole $31M of Ether—how it happened and what it means for Ethereum /The Time I Had to Crack My Own Reddit Password /How Not to Bomb Your Offer Negotiation /Ten Rules for Negotiating a Job Offer /How to Break Into the Tech Industry—a Guide to Job Hunting and Tech Interviews /Farewell, App Academy. Hello, Airbnb. (Part I) /Cracking the Coding Bootcamp - The Definitive Guide /Why I've Decided to Devote my Career to Earning-to-Give
Years
/2020 /2019 /2018 /2017 /2016 /2015 /2014 /2013 /2012 /2011
Main
/home /about /book /talks /course
Topics
/blockchain /effective altruism /personal /poker /programming /tech careers
Follow