I made my final donation yesterday. The $75,000 is now all accounted for. I sent $20,000 to charity: water for building water wells in rural Pakistan, and $15,000 to GiveDirectly (matched by another $15,000 by Good Ventures), which will be distributed through Kenya and Uganda. I’ll be updating the original post where I announce I’m starting over with more information and the receipts once I get them.

The print edition of the book is finally available on Amazon. If you’ve gotten through it and haven’t left a review, please, please do. If you’ve bought my book or supported me, thank you! It has been amazing to see this book that I’ve put so much work into be received so well.

It’s now the eve of a new year, and of a new chapter in my life. The molting is over. I have to make the plan work now. I feel giddy, and a little scared.

Once the ceremony is over, all that’s left are the duties of life.

It was late October that I first told my parents that I’d decided to give away my money. It was an awkward thing to explain. My father nodded. My mother cried. She cries easily. She said she had seen how much I had suffered over the years during my life as a poker player. What was the point of all that if I was just going to give all the money away now?

Later that night, I went for a walk, which turned into a run. I used to take midnight walks outside my parents’ house when I was a teenager. The stars out there, 20 miles outside of Austin, look sharp like points of steel. As I was running up this hill, I looked up and remembered when I was just 16 years old, looking up from the very same place, all the things I used to fantasize about doing someday. It made me laugh.

I used to dream about becoming a 10/20 player—the highest stakes I could imagine playing then. I dreamed of making a hundred thousand dollars. I longed, so badly, to become a successful poker player. And here I was now, having done those things, and now giving them up. To be standing on that hill, absorbing it all, it was like a feeling of culmination. I had started this race seven years ago, and in that moment I realized, I’d finished. It was over. The long of my life suddenly lay far behind me. In that moment, I felt like more blood was pumping through my veins than I was supposed to have in me.

Once the new year starts, there won’t be much more to say about all this. It’s largely over, now all that’s left is for me to adapt to living cheaply and hustle to support myself. I’ve started eating two meals a day to cut down on costs (while still eating paleo), and slashed the rest of my expenses to the bare minimums.

But closing out this chapter would probably not be complete without addressing some of the criticisms that people have raised against my announcement a couple weeks ago. There are always going to be doubters and haters on the Internet, and a lot of the criticism is just silly or spiteful. But there are some issues that thoughtful people have raised, so I wanted to address them here.

First, there’s the claim that giving money to my parents is not really giving it away, because I’ll get it back in inheritance. This one’s a little absurd, I think. My parents are in their fifties and relatively healthy. Statistically, if I do get any money back in inheritance (assuming I’m still alive to receive it), it’ll be whatever they have left after all they’ve spent in their retirement, minus estate tax, divided equally among me and my two brothers, after 25 years of inflation (and you’d also have to account for the opportunity costs).

Then, there’s the contention that this is all a big publicity stunt, and that I don’t really mean it. If by this people mean to point out that I intentionally released my book at the same time as I made this announcement, then yes. I did release my book at the same time, very intentionally. Of course I did. The plan was to release my book and give away my money before the end of the year, and I worked my ass off to get it done in time. That’s not insincere, it’s not something I’m hiding or ashamed of, and it certainly doesn’t make all this somehow not real.

I’ve started over with just $10,000. It won’t last me long. I needed to start making some money to support myself. But if this was a “publicity stunt,” then it’d be a fairly stupid one, giving away hundreds of thousands in order to make a few thousand dollars from book sales. Books don’t make a lot of money. I don’t know if that comes as a surprise to people, but they don’t. That being said, of course I’d want my book to sell well, and for as many people to read it as possible. I finished my first book, gave away my money, and then posted about it on my blog—which is the place I’ve always posted about major life decisions and events. Doing those two things in concert don’t comprise a publicity stunt.

Third, there’s the claim that charity isn’t charity at all if you tell people about it. This actually gets at an interesting question, and one I want to take on directly.

Why do people do charitable things? Because it feels right. Because it connects them to their community. Because it makes them feel better about themselves. Psychologists will tell you it’s for the “warm glow and social approval.” Some people do it to satisfy a moral duty, or to allay their shame, or guilt, or loneliness. If an act only counts as charity if the actor doesn’t benefit in any way, then this completely dismisses a huge category of good things that people do. It fails to capture the breadth of what we mean by charitable behavior. Charity is simply giving to others. Everyone is getting something out of charity, otherwise they wouldn’t do it. That doesn’t make it wrong, or uncharitable.

And yes, most people who do good things do it in view of others. Of course we do; human beings are social animals. Do we lay suspicion upon every charity drive? Upon every act of public giving? The idea of “if it were really charity, it would be done without telling anyone” is just wrong. Again, it throws out almost all acts of charity, and it implies a false dichotomy. Assuming the only two categories are “egoless saint” and “hapless sinner” just misses a lot. Public, visible giving encourages more giving. It makes people think “oh, that’s awesome. I should do that too.” This is a well-demonstrated phenomenon, and in fact, people have told me that they were inspired to donate to charity as well upon reading my blog post.

People do good for all sorts of reasons. So what? Let them do good things. Encourage it. It’s easy to be cynical, to try to cast everything as self-interested. If you look hard enough, almost all of it inevitably is. But who cares? Find the good in the world. Let the good be found. Allow yourself to be pleasantly surprised. If you want more good people in the world, be one yourself. Criticizing others for being imperfect isn’t the way to do it.

I’ll be the first to admit I’m imperfect. But I’m trying, and I’m not ashamed of trying, or of failing. I’m moving forward, and I’m doing my best. When I gave away my money, it was a good thing, and it sits right with me. That’s all it comes down to.

I’ve got nothing but love for you guys. Here’s to a new year and a new beginning.

When you set out on your journey to Ithaca, pray that the road is long, full of adventure, full of knowledge. The Lestrygonians and the Cyclops, the angry Poseidon—do not fear them: You will never find such as these on your path, if your thoughts remain lofty, if a fine emotion touches your spirit and your body. The Lestrygonians and the Cyclops, the fierce Poseidon you will never encounter, if you do not carry them within your soul, if your soul does not set them up before you.

Pray that the road is long. That the summer mornings are many, when, with such pleasure, with such joy you will enter ports seen for the first time; stop at Phoenician markets, and purchase fine merchandise, mother-of-pearl and coral, amber and ebony, and sensual perfumes of all kinds, as many sensual perfumes as you can; visit many Egyptian cities, to learn and learn from scholars.

Always keep Ithaca in your mind. To arrive there is your ultimate goal. But do not hurry the voyage at all. It is better to let it last for many years; and to anchor at the island when you are old, rich with all you have gained on the way, not expecting that Ithaca will offer you riches.

Ithaca has given you the beautiful voyage. Without her you would have never set out on the road. She has nothing more to give you.

And if you find her poor, Ithaca has not deceived you. Wise as you have become, with so much experience, you must already have understood what Ithacas mean. 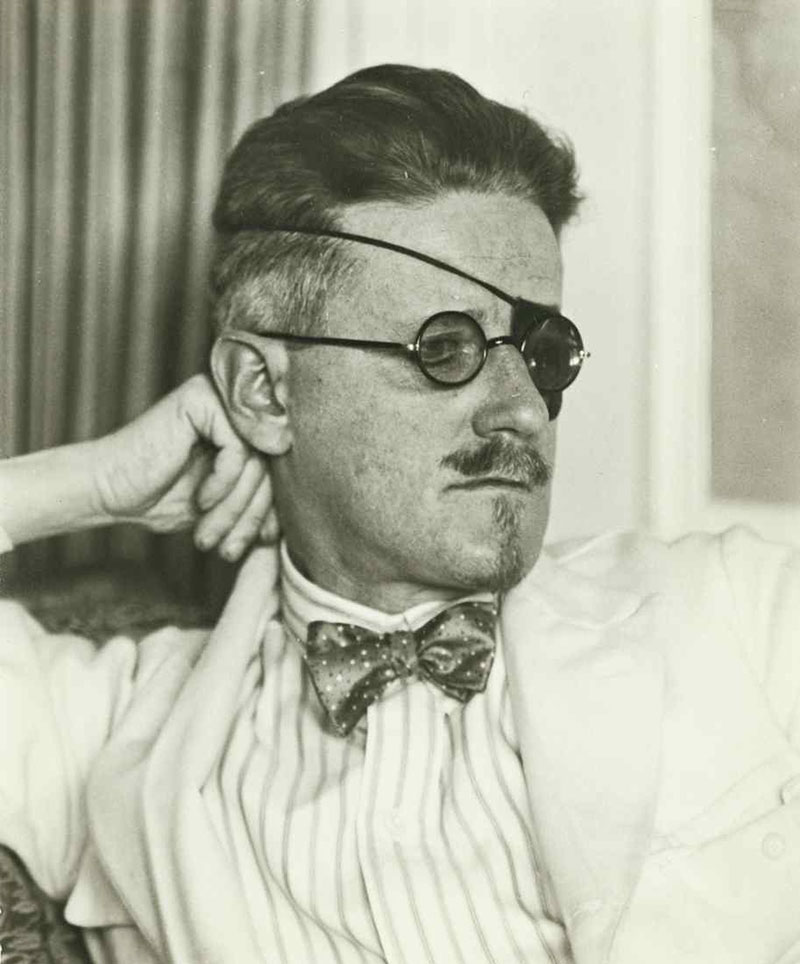 Today I’ve edited and cleaned up a post that I wrote many years ago. Back then, I was a solid 3/6 6-max grinder. I was the biggest winner on the PokerStars 6-max games and put in tons of volume, but I could never move up to 5/10. Every time I tried, I’d get smashed and would return to 3/6 to retool my coffers and try again. This was really disheartening,...
read more 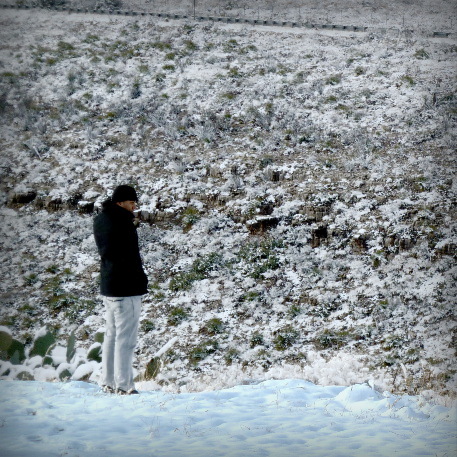 (For those of you who don’t know what’s going on with me right now, read this post first.) Christmas has come and gone. It’s never been a big day for me and my family. We don’t celebrate Christmas. So mostly Christmas is a day when everything is closed, my friends are busy, and everything is dim and quiet. For me, it’s a lonely time of year. Two days before Christmas,...
read more

effective altruism, personal, poker
Dec 2013
prev
Popular
/DeFi in Eth2: Cities, suburbs, and farms /What explains the rise of AMMs? /Why Decentralization Isn't as Important as You Think /Flash Loans: Why Flash Attacks will be the New Normal /The Life and Death of Plasma /Launching the Introduction to Cryptocurrency /Another decade /How DeFi cannibalizes PoS security /Ethereum is now unforkable, thanks to DeFi /So you want to build a crypto startup? /Blockchain fees are broken. Here are 3 proposals to fix them. /Crypto is financial unbundling /3 Moments in History that Explain the ICO Bubble /Why Crypto Needs Institutions /Why isn't Bitcoin banned everywhere? /The Hard Thing About Learning Hard Things /Blockchains should not be democracies /Stablecoins: designing a price-stable cryptocurrency /The authoritative guide to blockchain development /Why Bitcoin is not trustless /We already know blockchain's killer apps /A hacker stole $31M of Ether—how it happened and what it means for Ethereum /The Time I Had to Crack My Own Reddit Password /How Not to Bomb Your Offer Negotiation /Ten Rules for Negotiating a Job Offer /How to Break Into the Tech Industry—a Guide to Job Hunting and Tech Interviews /Farewell, App Academy. Hello, Airbnb. (Part I) /Cracking the Coding Bootcamp - The Definitive Guide /Why I've Decided to Devote my Career to Earning-to-Give
Years
/2020 /2019 /2018 /2017 /2016 /2015 /2014 /2013 /2012 /2011
Main
/home /about /book /talks /course
Topics
/blockchain /effective altruism /personal /poker /programming /tech careers
Follow